Purim Guide for the Perplexed 2021 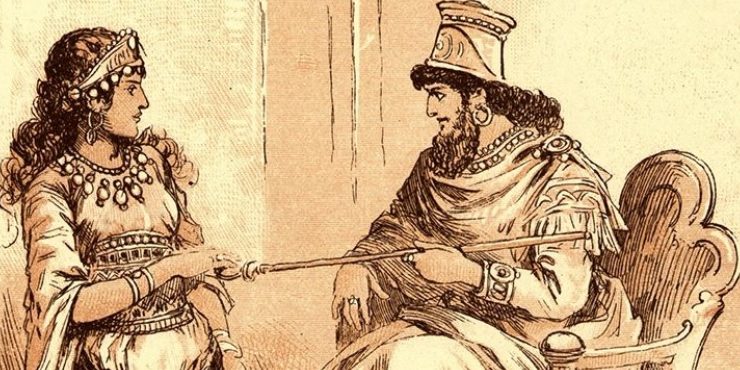 1. Purim’s historical background. The 586 BCE destruction of the 1st Jewish Temple and the expulsion of Jews from Judea and Samaria – by the Babylonian Emperor, Nebuchadnezzar – triggered a wave of Jewish emigration to Babylon and Persia. The latter replaced Babylon as the leading regional power. In 538 BCE, Xerxes the Great, Persia’s King Ahasuerus, the successor of Darius the Great, proclaimed his support for the reconstruction of the Jewish Temple and the resurrection of national Jewish life in the Land of Israel, recognizing Jerusalem as the capital of the Jewish Homeland. In 499-449 BCE, Ahasuerus established a coalition of countries – from India to Ethiopia – which launched the Greco-Persian Wars, attempting to expand the Persian Empire westward. However, Persia was resoundingly defeated (e.g., the 490 BCE and 480 BCE battles of Marathon and Salamis), and Ahasuerus’ authority in Persia was gravely eroded.

2. Purim is a Jewish national liberation holiday – just like Passover and Chanukah – which commemorates the transformation of the Jewish people from subjugation to liberty. It is celebrated seven days following the birth and death date of Moses, who is the role model of liberty, leadership and humility.

3. Purim is celebrated on the 14th/15th day of the Jewish month of Adar. Adar is the root of the Hebrew adjective Adir (אדיר), which stands for the adjectives glorious, exalted and magnificent. It is, also, a derivative of the Akkadian word Adura (heroism). The month of Adar ushers in happiness.

4. Queen Esther is the heroine of Purim. The Scroll of Esther is one of the five Biblical Scrolls, which are highlighted during Jewish holidays: Song of Songs (Passover), Scroll of Ruth (Pentecost), Lamentations (9th day of Av – destruction of the Jewish Temple), Ecclesiastes (Feast of Tabernacles) and The Scroll of Esther (Purim). Esther was Mordechai’s niece (or cousin) She demonstrated the centrality of women in Judaism, as did Sarah, Rebecca, Rachel and Leah (the Matriarchs), Miriam (Moses’ older sister), Batyah (who saved Moses’ life), Deborah (the Prophetess, Judge and military leader), Hannah (Samuel’s mother) and Yael (who killed Sisera, the Canaanite General).

Esther was one of the seven Biblical Jewish Prophetesses: Sarah, Miriam, Deborah, Hannah, Abigail, Huldah and Esther (Megillah tractate of the Mishnah, 14:71). Sarah lived 127 years and Esther was the Queen of 127 countries. 1+2+7=10, which is a symbol of totality, wholesomeness, completeness.

The name Esther was a derivative of Ishtar, the Mesopotamian goddess of beauty and fertility, as well as Stara, the Persian morning star, which shifts darkness into light, thus becoming a symbol of deliverance. The name evolved into Aphrodite and Venus, the Greek and Roman goddesses of love, beauty and fertility. The Hebrew word for Venus is Noga, which is a Biblical divine light and the second-brightest star in the night-sky after the moon. It is the name of my oldest granddaughter.

The Hebrew name of Esther was Hadassah, whose root is Hadass, which is the Hebrew word for the myrtle tree. The myrtle tree features prominently during the Feast of Tabernacles. It is known for its pleasant scent and humble features, including leaves in the shape of the human eye. The Greek mythology identifies the myrtle tree with Aphrodite, the Greek goddess of love.

5. Mordechai, the hero of Purim and one of the deputies of Ezra the Scribe – who led a wave of Jewish ingathering from Babylon to the Land of Israel – was a role model of principle-driven optimism in defiance of colossal odds, in the face of a super power and in defiance of the Jewish establishment. The first three Hebrew letters of Mordechai (מרדכי) spell the Hebrew word “rebellion” (מרד). Mordechai did not bow to Haman, the second most powerful person in the Persian Empire.  He was a member of the tribe of Benjamin, the only son of Jacob who did not bow to Esau. Mordechai was a descendant of King Saul, who defied a clear commandment to eradicate the Amalekites, sparing the life of Agag, the Amalekite king, thus precipitating further calamities upon the Jewish People. Mordechai learned from Saul’s crucial error and eliminated Haman, a descendant of Agag the Amalekite, thus sparing the Jewish People a major disaster.

6. Purim’s (פורים) Hebrew root is fate as well as “casting lots” (פור), commemorating Haman’s lottery which determined a designated day for the annihilation of the Jewish People. It also means “to frustrate,” “to annul” (הפר), “to crumble” and “to shutter” (פורר), reflecting the demise of Haman.

Purim commemorates the thwarting of an ancient 9/11. Thus, the numerical value of the Hebrew spelling of King (מלך=90) Ahasuerus (אחשורוש=821) – who ordered the annihilation of Jews – is 911. Also, the Kristallnacht Nazi massacre of Jews erupted on 9.11.1938 (9 November, 1938), and the destruction of the 1st and 2nd Jewish Temples in Jerusalem occurred on 9.11 – the 9th day of the 11th Jewish month.

“Purimfest 1946” yelled Julius Streicher, the Nazi propaganda chief, as he approached the hanging gallows (Newsweek, October 28, 1946, page 46). On October 16, 1946, ten convicted leading Nazi war criminals were hanged in Nuremberg. An 11th Nazi criminal, Hermann Goering, committed suicide in his cell. According to a Jewish survivor, the late Eliezer Cotler (the grandfather of my son-in-law), Julius Streicher’s library, in his ranch – which served as a camp for young Jewish survivors on their way to Israel – documented Streicher’s interest in Purim’s relevance to the fate of the enemies of the Jewish people. Streicher underlined, in red ink, each reference to the Amalekites and Haman, assuming that the origin of the Aryan race was in Persia.

According to the Scroll of Esther, King Ahasuerus heeded the advice of Mordechai and allowed the Jews of Persia to defend themselves against Haman. Consequently, Haman and his ten sons were hung. An 11th child, a daughter, committed suicide following her father’s demise (Talmud, Megillah tractate, 16a).