The Duped Generation that Supports BDS 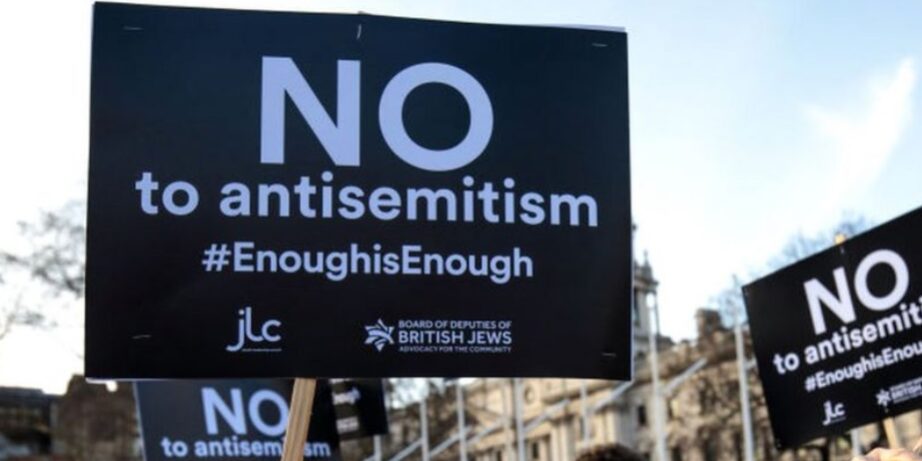 Yet again we approach the depths of the annual Jew Hate Week around the world. Its organizers know better than to call it what it is. They brand their hatefest “Israel Apartheid Week”, but their true meaning and purpose is blindingly obvious. Since its early festerings in Toronto in 2005, Jew Hate Week has inflicted itself on the world, polluting universities from America to Australia and from South Africa to Northern Ireland.

Held on campuses at around this time each year, Jew Hate Week is the racist Boycott, Divestment and Sanctions (BDS) movement’s flagship event for subverting university students to their malevolent cause. Palestinian-led, at the forefront of BDS are Students for Justice in Palestine and Jewish Voice for Peace in the US, and Palestine Solidarity Campaign (PSC) and War on Want in the UK. Democrat Squad members Ilhan Omar and Rashida Tlaib are among its main cheerleaders in America. In Britain, disgraced former Labour Party leader Jeremy Corbyn is a staunch supporter as are many of his party including members of parliament.

BDS trumpet their claim to support “freedom, justice and equality” for the Palestinian people. They are less open about their desire to eradicate the Jewish state for fear they would lose backing from individuals and organizations that have a genuine desire to improve the lives of Palestinians but do not want to eliminate a whole country and its Jewish citizens.

Qatar-born Omar Barghouti, founder of BDS, has repeatedly rejected a two-state solution, instead advocating one state: “Definitely, most definitely, we oppose a Jewish state in any part of Palestine”. He makes clear that his definition of “Palestine” includes the entirety of the State of Israel.

Barghouti’s fellow traveller, Harvard graduate, writer and activist Ahmed Moor agrees: “BDS does mean the end of the Jewish state”. Across the Atlantic last week, notorious BDS supporter Professor David Miller of the UK’s Bristol University demanded an “end” to “Zionism as a functioning ideology”. Zionism is support for the existence and development of the State of Israel. Miller’s message is therefore a barely-veiled code for ending the existence of a universally-recognised democratic UN member state. His poison was reinforced this week by fellow BDS proponent and former Labour MP Chris Williamson, quoting terrorist hijacker Leila Khaled in the process.

While purporting to be a nonviolent movement, internationally proscribed terrorist groups — such as Hamas, Palestinian Islamic Jihad and Popular Front for the Liberation of Palestine — are represented on the BDS National Committee. Barghouti says: “We’re not ashamed to have armed resistance in addition to peaceful resistance throughout our existence.” He and his henchmen refuse to condemn terrorist violence.

I have discussed all this with students brandishing BDS placards while squawking cliché-ridden slogans during Jew Hate Week on various campuses, including New York University and the University of Bristol, at the invitation respectively of Realize Israel and the Pinsker Centre, two outstanding student bastions against Jew hate. All the protesters I met denied that they thought Israel should be destroyed or that they supported violence. Young and impressionable men and women, whose main attention is on studying for their degrees, have been duped by Barghouti’s BDS rabble-rousers into thinking they were demonstrating in support of a two-state solution to be achieved by peaceful means. Continue Reading….