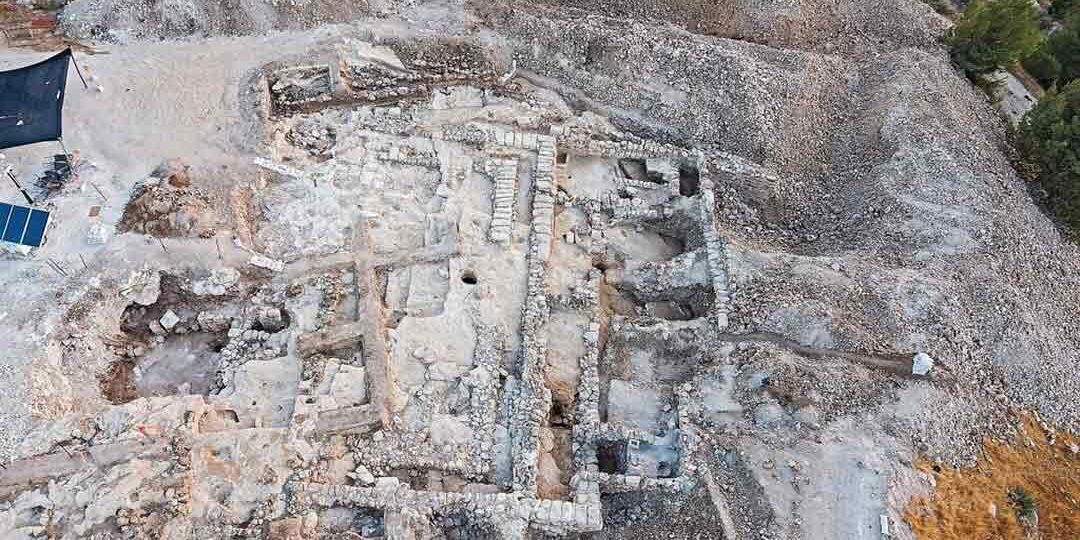 By Steven Law, Patterns of Evidence—

Near the new US embassy in Jerusalem, another impressive administrative building has recently been uncovered. This one is 2,700 years older, dating to the time of the last kings of Judah. Archaeologists from the Israel Antiquities Authority (IAA) made the discovery in the Arnona neighborhood, less than two miles south of the Old City of Jerusalem.

A highlight of the excavation was finding one of the largest collections of royal Kingdom of Judah seal impressions ever uncovered in Israel. More than 120 of these impressions were found stamped on jars used to ship agricultural goods to the complex. The building and its contents provide significant new insights into life in Judah during the late First Temple period.

“This is one of the most significant discoveries from the period of the Kings in Jerusalem made in recent years. At the site we excavated, there are signs that governmental activity managed and distributed food supplies not only for shortage but administered agricultural surplus amassing commodities and wealth,” said co-directors Neria Sapir and Nathan Ben-Ari of the IAA in a press release.

Seals in the ancient world were insignias carved on rings or other jewelry that were then used to stamp the emblem or official signature onto clay or other materials. They often sealed parchment or papyrus documents that were bound with cords fastened with a clay lump called a bulla that had a seal impression pressed into it to discourage tampering. They also commonly marked the handles of pottery used to transport goods.

Most of the jar handles at the Arnona site are marked with inscriptions in the Old Hebrew script reading “LMLK” (or LamMeLKh), which means “Belonging to the King.” This along with the massive size of the structure, the style of the architecture made with fine ashlar (sawn) stone, and its location which dominates the valley, all lead to the conclusion that this was a major administrative storage center.

Jar fragment found at the Arnona site in Jerusalem, Israel

“The site once dominated large agricultural plots and orchards of olive trees and grapevines which included agricultural industrial facilities such as wine presses for winemaking,” said the archaeologists.

Although no names of kings are to be seen on the inscriptions, the archaeological layer they came from (including the style of pottery) pertains to the era of kings Hezekiah (c. 727-698 BC) and Manasseh (c. 698-643 BC) of Judah, through the destruction of Jerusalem by Nebuchadnezzar and the Babylonians in 586 BC.

The Names on the Arnona Jar Inscriptions

Many of the stamped seals contain the names of one of four Judahite cities (or districts) that were the sources of the foodstuffs. These cities were Hebron, Socoh, Ziph, and Mmst (or “Memshat”). The first three sites have been identified, but the location of Mmst is still debated. Continue Reading…