Preserving The Peace With Jordan 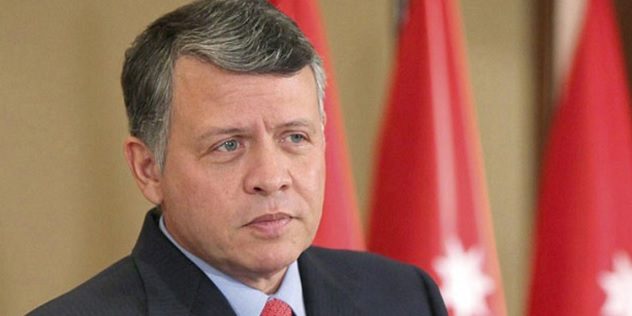 In his words, “As long as we are stronger–they are with us. If we become weaker, then the peace agreements will hang by a thread.”

That means that practically speaking there is little substantive difference between Israel’s ties with, say, the UAE, and its ties with Egypt. So long as both perceive Israel as strong and helpful, and impossible to destroy, they will have good relations with it. If Israel becomes a strategic basket case on the other hand, then those relations will rapidly deteriorate.

In Egypt’s case, the combination of Israeli strength and shared interests in combating Iran and the Muslim Brotherhood improved relations to an unprecedented degree. Acting on these shared interests and his recognition of Israeli power, Egyptian President Abdel-Fattah el-Sissi played a significant role in cultivating ties between the Sunni Gulf states and Israel.

‘As long as we are stronger–they are with us’

The most important advantage Israel gains from its ties with Jordan is a peaceful eastern frontier. But that peaceful border, which is a function of Israel’s control of the Jordan Valley on the one hand and of Jordan’s actions to secure its border with Israel on the other, predates the peace treaty by more than 20 years.

Moreover, given the downward trajectory of bilateral ties, it’s hard to know how long Jordan will remain committed to securing the border. From week to week, Jordan’s growing hostility towards Israel becomes more difficult to countenance or explain away.

Consider the events of the past three weeks.

A week ago, the Jordanian armed forces conducted a military exercise led by the elite Royal Guard 1st Mechanized Battalion. It was code-named “Swords of Karameh” after a 1968 battle by the Jordanian town of Karameh between Israel and Fatah terrorists. Jordanian military forces fought alongside Fatah.

Jordanian King Abdullah II oversaw the two-day exercise, which included infantry and armor forces along with fighter jets and helicopters. Jordanian Prime Minister Omar Razzazz, government ministers, senior military commanders as well as foreign military attaches also attended the exercise. The “Swords of Karameh” exercise reportedly simulated a battle between Jordanian forces and an invasion force “from the west” which involved defeating the foreign invaders and destroying the bridges they used to cross into Jordan. Continue Reading….