Trump: Israel has never had a better friend in the White House 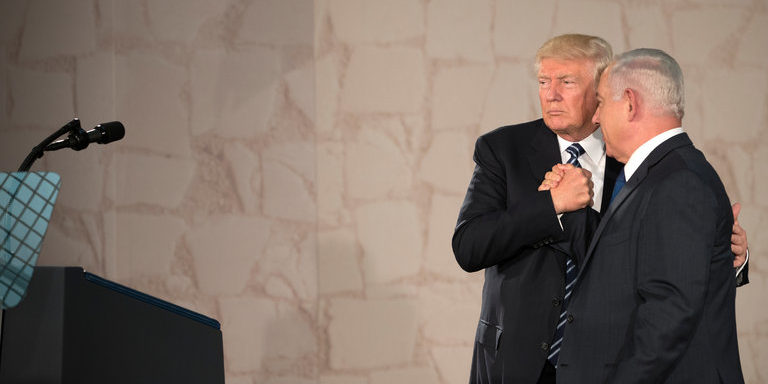 US President Donald Trump said Saturday that Israel has never had a better friend in the White House than him because, unlike his predecessors, “I kept my promises.”

Trump energized a large audience at the Israeli American Council National Summit in Florida by recounting his record on issues of importance to Jews, including an extensive riff on his promise to recognize Jerusalem as the Israeli capital and relocate the US Embassy there from Tel Aviv.

“It’s truly my honor to be here this evening, to celebrate our progress, to deepen the incredible partnership between the United States and Israel, and it suffered greatly in the last administration. I don’t think they liked Israel too much, I’m sorry,” he said.

“After eight long years in which our alliance was undermined and neglected, I’m happy to report that the United States-Israeli relationship is stronger now than ever before.”

Trump said his predecessors had promised to move the embassy but only paid lip service to the issue.

“They never had any intention of doing it, in my opinion,” Trump said. “But unlike other presidents, I kept my promises.”

Trump also highlighted his decision earlier this year to reverse more than a half-century of US policy in the Middle East by recognizing Israel’s sovereignty over the Golan Heights, the strategic highlands on the border with Syria.

In his speech, the president also claimed that there are some Jewish people in America who don’t love Israel enough. Continue Reading…..