While Iran shoots protesters, Europe schemes to enrich it 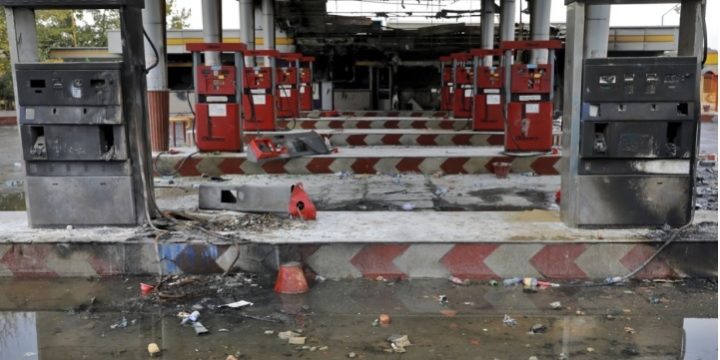 The news out of Iran should shock the conscience of the world. As The New York Times reported in a front-page article published on Monday, when Iranians tried to protest their government’s arbitrary decision to drastically raise gasoline prices, the regime responded with unprecedented force. Throughout the country, security forces, including units of the Islamic Revolutionary Guard Corps, have opened fire on unarmed citizens. According to the Times, in the first two weeks of the protests, anywhere from 180 to 450 persons have been killed, with at least 2,000 wounded and 7,000 persons arrested. This dwarfs the violence that took place in 2009, when a stolen election led large numbers of Iranians out to the streets.

The news of what amounts to a case of mass murder on the part of the Islamist rulers of Iran has trickled out slowly due to the regime’s decision to create an Internet blackout throughout the country. But as corroborating accounts have become known in the West, the scope of the killings can no longer be denied.

But perhaps just as shocking as the deaths ordered by the clerics who rule Iran is the reaction from Western Europe. The United States has strongly condemned the violence and vowed to step up the pressure it has exerted to force the Iranian regime to both renegotiate the nuclear deal it struck with the West and also change its behavior towards both its own people and those of neighboring countries. Europe, however, is not only signaling its lack of interest in the unrest inside Iran; it is also doubling down on efforts to keep Western cash flowing to Tehran in order for the regime to continue to maintain its hold on power.

Indeed, just as the confirmation of the scale of the violence became clear, six more countries joined a new consortium aimed at evading US sanctions on the rogue regime. Belgium, Denmark, Finland, the Netherlands, Norway, and Sweden announced their decision to participate in the Instrument in Support of Trade Exchanges, or INSTEX. The group, whose founding members are Great Britain, France and Germany, is an attempt to create a pathway to trade with Iran based on the barter of goods and services. In theory, these countries will now be able to carry on trade with Tehran without the use of US dollars or involvement with the US financial system.

That sounds innocuous, but its real purpose is to allow Iran to go on selling oil. Participants say they are doing this to preserve the 2015 Iran nuclear deal that was sold to the world as a way to prevent Tehran from getting a nuclear weapon. But since it merely postponed an Iranian bomb and made such a catastrophe eventually inevitable, these excuses don’t pass muster.