US peace envoy: There’s ‘no international consensus’ on Mideast conflict 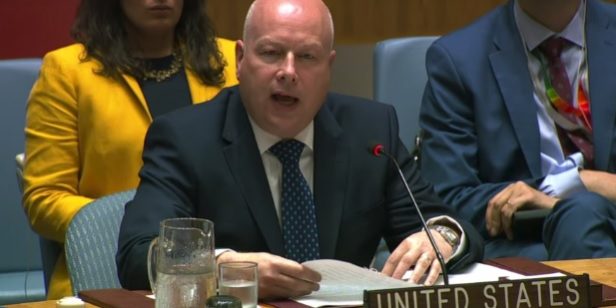 By Eric Cortellessa, Times of Israel—

Facing criticism for his speech before the United Nations Security Council last month — and more broadly for the Trump administration’s approach to the Israeli-Palestinian conflict — the US envoy for Middle East peace shot back at the German ambassador to the UN, who said that Washington has “left the international consensus.”

In a podcast interview released Friday evening, Jason Greenblatt told the outgoing head of the Conference of Presidents of Major American Jewish Organizations Malcolm Hoenlein that there was no broad agreement on how to deal with the conflict among the community of nations.

Greenblatt made the comments on the John Batchelor Show, hosted by the right-learning veteran journalist John Batchelor. Hoenlein is a frequent guest panelist on the program. Continue Reading…