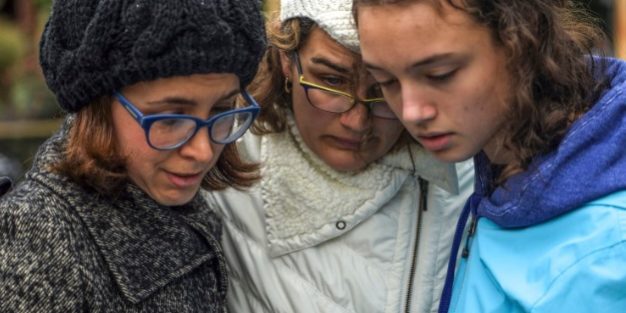 Saturday’s synagogue shooting in Pittsburgh is likely the deadliest attack on the Jewish community in the history of the United States, the Anti-Defamation League, an organization focused on combating anti-Semitism, said Saturday.

Eleven people were killed and at least six were injured in the massacre, according to CBS Pittsburgh.
“We believe this is the deadliest attack on the Jewish community in the history of the United States,” the ADL said in a statement.

“It is simply unconscionable for Jews to be targeted during worship on a Sabbath morning, and unthinkable that it would happen in the United States of America in this day and age,” the ADL’s head Jonathan A. Greenblatt said earlier.

The gunman, identified as Robert Bowers, is said to have yelled “All Jews must die” as he entered the Tree of Life Synagogue, a Conservative congregation in the city, and began firing during a baby naming ceremony, local media reported. He engaged in a shootout with responding police officers and barricaded himself inside the building before surrendering. He is said to have been injured, and reportedly crawled toward police.

“Unfortunately, this violent attack — the deadliest anti-Semitic attack in the United States since 2014 — occurs at time when ADL has reported a historic increase in both anti-Semitic incidents and anti-Semitic online harassment,” Greenblatt said, appearing to refer to a Kansas City attack that left three dead. Continue Reading…