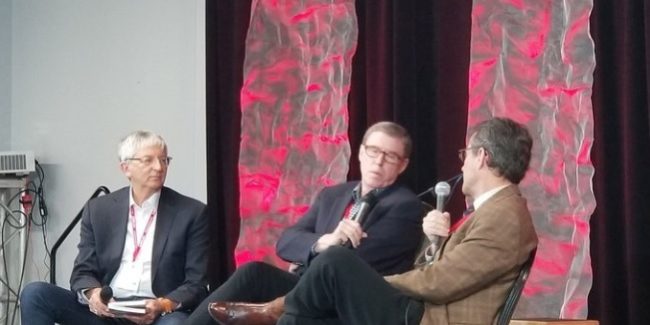 Professor Gerald R. McDermott of Beeson Divinity School spoke October 17 at the Christ at the Checkpoint conference in Oklahoma City. We’ve republished McDermott’s remarks here on the land of Israel and a new Christian Zionism for the benefit of our readers.

I am grateful to be invited to this important conference. So thanks to Pr. Darrell Cates and the other leaders for inviting me. They know the truth of the biblical Proverb, “The one who states his case first seems right, until the other comes and examines him” (Prov 18.17).

I am going to present a position that is different from that of others here. I trust that we all will try to listen to each other with an open mind.

My argument will be almost entirely theological. I believe it is something both Christian Arabs and believing Jews can agree on, no matter what their political positions. And let me state my case up front: there is no reason why Christians cannot support justice and statehood for Palestinians while also seeing that the Jewish return to the land in the last 150 years is a partial fulfillment of biblical prophecy. Not either-or but both-and. As Dr. Munther Isaac put it yesterday, Christians should support a sharing of the land that is thoroughly biblical.

I used to be a supersessionist. In fact, for most of my adult life I believed that after Jesus, God transferred the covenant from Jewish Israel to the New Israel of the church because most of Jewish Israel rejected Jesus as messiah. I read the parable of the tenants in Matt 21 that way: the vineyard owner let out his vineyard to new tenants, gentiles in the church, after the wicked tenants beat, killed and stoned his servants, and finally his own son.

I believed that the New Testament changed everything about the covenant: God had originally made it with Abraham and his Jewish progeny, focused on this particular people and its particular land, that tiny strip on the eastern Mediterranean the size of New Jersey. But Jesus came to universalize the particular: he extended the Kingdom from being about one people to all peoples, and one from one little land to the whole world. While the Old Testament put the Kingdom in physical terms, the New Testament transformed the physical into the spiritual. Continue Reading….