Trump envoy to visit Israel next week for talks on peace plan, Gaza 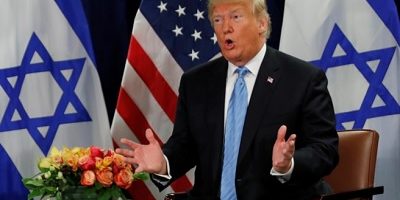 By ERIC CORTELLESSA, Times of Israel—

The Trump administration’s envoy to the Israeli-Palestinian peace process will travel to Israel next week to meet with officials, as the White House prepares to release its peace plan and attempts to calm the situation at the Gaza border.

“I can confirm that Special Representative Jason Greenblatt will be traveling to Israel this coming week,” a White House official told The Times of Israel on Thursday. “This trip reflects the administration’s commitment to productive engagement, as well as the value it places on understanding the situation on the ground, especially amid recent tensions.”

Greenblatt’s agenda is not yet clear, but he is likely to meet with Prime Minister Benjamin Netanyahu, though not with Palestinian Authority President Mahmoud Abbas.

Relations between Washington and the Palestinians have been at a standstill since US President Donald Trump recognized Jerusalem as Israel’s capital and moved the American embassy there from Tel Aviv.

Abbas and other PA leaders have refused to meet with Trump officials ever since, including US Vice President Mike Pence when he visited the region earlier this year.

The White House official did not say whether Greenblatt plans to meet with any other Palestinian representatives during his trip. Axios quoted Israeli officials as saying the former Trump Organization lawyer will meet with Netanyahu and other senior Israeli officials.

The news website also said that Israeli officials plan to discuss not only the Trump team’s peace plan, but recent violence in the Gaza strip, including UN- and Egypt-backed attempts to stabilize relations between Israel and Hamas. Continue Reading…