Review of Schama’s History of the Jews 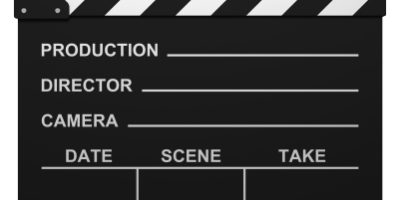 I watched the first installment of Simon Schama’s TV program. Schama is a historian but one more at home as a modern television personality where authentic history is not always apparent.

Schama started what he called the story, strangely not the history, at a period some 3,000 years ago. But that timeline was already ancient Jewish history, which essentially is nearer 4,000 years old.

Schama should have started a program about the History of the Jews with the first Jew, Abraham, he who is called the Holy Convert, and portray his arrival from Ur of the Chaldees to Hebron with his purchase of the burial plot in the field and nearby cave of Machpela. That was already one thousand years before Schama began his “story.”

Everything began with Abraham’s relationship with God and the profound earth shattering acceptance of the Oneness and Unity of Him – the essential and utterly pure Jewish belief in monotheism which precludes attribution of divine powers to any other than the One and Only Supreme Being; invisible and indivisible.

The following events in the lives of Isaac and Jacob, who with their wives, the Patriarchs and Matriarchs, at the very least, should have been accorded the importance they demand. They were the very progenitors of the Jewish people. But they were barely mentioned.

To echo the words of Adam Kirsh, a contributing editor for Tablet Magazine, “I much prefer A History of the Jews, by Paul Johnson – not a historian but an English man of letters – who starts at the very beginning with Abraham. More precisely, he starts with the city of Hebron. The fact that Jews continue to live in Hebron, 4,000 years after Abraham, allowed Johnson to begin with an example of what he calls “Jewish obstinacy over 4,000 years.

“To Johnson, this was an admirable obstinacy, a tenacity, which explains how Judaism has managed to survive for so long under such adverse conditions. But the word itself also evokes a long history of Christian and Muslim anti-Judaism, which saw the Jews’ clinging to what so many in the Church and the Mosque believed was an “outmoded faith.”

But the divinely inspired message of the Jewish faith is as vibrant and new today as it ever was, and will always be.

Starting with Hebron also makes the case for Judaism as a faith inherently connected with the Land of Israel: The Cave of Machpelah, where the patriarchs and matriarchs, with the exception of Rachel, are buried, was the first piece of land Abraham acquired in what was then still the land of Canaan.

As Adam Kirsch states: “So, when historians visit Hebron today, they ask themselves: “where are all those peoples which once held the place? Where are the Canaanites? Where are the Edomites? The Amalekites, the Jebusites, the Moabites. Where are the ancient Hellenists and the Romans, the Byzantines, the Mamluks and the Ottomans?

“But the Jews are still in Hebron. … No people have maintained over so long a period so emotional an attachment to a particular corner of the earth’s surface. Judaism, in this telling, is in its beginnings and its essence a territorial religion. Will not the Arabs who, primarily since 1967 have called themselves Palestinians, too, vanish into time like the Edomites, while the Jews maintain their right of possession?”

The absence of the profound words of the Jewish prophets and the psalms was an egregious error on Schama’s part. For me, this was a program more about Schama than about the History of the Jews.

Schama himself is a member of a non-Orthodox, Reform British synagogue, (Reform in Britain is similar to Conservative Judaism in America), which has diluted some aspects of Jewish theology; much as liberal churches have done to Christian theology. There is that liberal urge again to change what has been into what should be according to 21st century nostrums; be it the Bible or the United States Constitution.

His view of history then is seen through the prism of liberalism: the new secular faith that permeates so much of Western and secular society today. Indeed, putting it into Christological terms, the three principles of this new religion of liberalism are political correctness, multiculturalism and diversity: an Unholy Trinity.

Again, Schama should have included the epic struggle some 2,300 years ago between the occupying Syrian Greek King, Antiochus Epiphanes, and the Maccabee rebellion led by the priest, Mattathias, and his five sons, John, Simon, Judah, Eleazar and Jonathan.

In this, the Jewish warriors rose up under the banner of love of their God in a self-sacrificing fidelity to the holiest of all causes and to throw off the detested pagan yoke, defeating one Greek army after another – armies complete with fearsome war elephants and vast mercenary forces.

With overwhelming force, Antiochus wanted to destroy Judaism and replace it with Hellenism. His war of extermination failed and the Maccabees kept a corner of the world sweet in an impure age, holding aloft the torch of true religion: an inspiration for all mankind ever after.

Without that victory, and the cleansing of the Temple from pagan desecration, there would have been no more Jews, no Jewish homeland, no Jesus, and history and life today would be a very different matter. Certainly no Jewish Festival of Lights (Hannukah) would today still be celebrated.

The episode about the Jewish garrison in Elephantine was a complete irrelevance; more of a  hook upon which it seems Simon Schama felt more comfortable in delivering his own personal thoughts on the “story.”

One preposterous statement he made that almost escaped me was that “the Jews killed Moses.” What on earth made him say that? We know otherwise. Mr. Schama referred often to Sigmund Freud in the program. Could this strange, false and unworthy claim have been Schama’s Freudian slip?

There were other factual errors, wrong historical dates, et cetera. No doubt this will continue in future installments as he covers the long history of the Jewish exile after Rome destroyed Jewish independence in Judea, along with the subsequent struggle for survival and existence under the Church and the Mosque.

Though in this post-biblical historical account, many non-Jews will hopefully learn for the first time horrific stories of how their European ancestors mistreated and slaughtered the Jews who lived, endured and perished among them – centuries before the Holocaust.

An excellent book to read in this respect is Werner Keller’s, Diaspora: The Post-Biblical History of the Jews. In particular, the chapter titled the Medieval Inferno will be a light unto the gentiles, albeit a faint flickering glimmer illuminating the long dark years of terror and persecution which crushed the Jews of Europe.

Nevertheless, I still admire Simon Schama for attempting such a monumental task in tracing the long history of the Jews and of their very own biblical and ancestral homeland in what is today’s reconstituted Jewish State of Israel.

Of one thing we can be sure. It will mightily upset the likes of that Palestinian Arab Liar in Chief: Saeb Erakat.

Victor Sharpe is a featured writer and contributing editor with many conservative websites. He is the author of several books including the acclaimed trilogy, Politicide: The attempted murder of the Jewish state.