The two-state solution; The Final solution 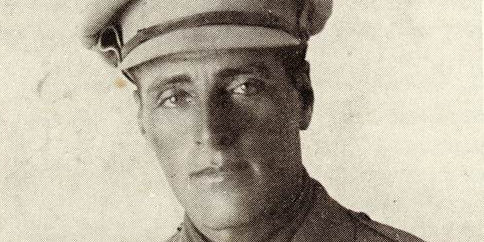 “— as envisaged, it was national suicide for Israel”

For eight baleful years, President Barack Hussein Obama made Israel’s life utterly miserable as he pursued relentlessly his warped vision of a two state solution to the Israel-Palestinian conflict. But that vision, as envisaged, was national suicide for Israel.

This version of a Two State Solution, still pushed by so many in the State Department and throughout the international corridors of power, is in reality an appalling euphemism not unlike that other evil euphemism; the German Nazi’s Final Solution which ushered in the Holocaust.

It will spell the destruction of the reconstituted Jewish state and the extermination of its people by a Muslim world that will never accept a non-Muslim nation and will wage eternal war against it – the Dar al-Harb – until it is utterly destroyed. The existing and proposed “Two-State-Solution” ushers in the guaranteed destruction of the Jewish state.

Of course if Israel declared its justified rejection of the Two-State-Solution as currently envisaged, such a statement of the truth would be considered inflammatory and assured to provoke another Palestinian Arab outburst of violence and bloodletting (dignified by the Arabic term intifada).

But isn’t that what is happening in Judea and Samaria (the West Bank) with almost daily atrocities committed by Arab thugs against Jewish civilians?

The over 3,000 year old Hebrew and biblical names, Yehuda and Shomron, (Judea and Samaria), refer to the heartland of the modern reborn Jewish homeland. But a malevolent world prefers to call the territory the West Bank; the mere 19 year old Jordanian name applied to the land after it and much of Jerusalem was illegally invaded and occupied by Jordan from 1948 until 1967.

The Jordanian Arab Legion after invading and occupying the territory immediately began desecrating Jewish graves on the Mount of Olives, using the headstones to build latrines for their troops, destroying 57 ancient synagogues and holy sites, and forcibly expelling Jewish residents from their villages and ancient homes in Jerusalem’s Old City.

As a good friend, Robert Vincent, wrote once in an open letter to Israelis: “The world must be told that Jordan – a country named after a river, not a people – is the true Palestinian state, with her Palestinian Arab majority. The world must be told that if Palestinian Arabs insist on living in Judea/Samaria, that is fine from a human rights perspective, they can do so, but only under Israeli law and sovereignty. If they prefer to live in a “Palestinian state”…then they can move next door.”
In other words, Jordan is Palestine. All who know history know that Jordan sits on four fifths of what was until 1922 the entire Palestine Mandate promised to the Jewish people as a National Home. The Arabs who call themselves Palestinians already possess, de facto, a state on the east bank of the River Jordan, which in size dwarfs tiny Israel. There already has thus been a Two-State-Solution in existence since 1922.

According to Israel National News, “The peace talks between Israel and the PA broke down but not because of Israel. The talks broke down because PA Chairman Mahmoud Abbas refused to negotiate with Israel even though it agreed to his precondition and froze construction in Judea, Samaria and eastern Jerusalem for 10 months. Instead, he continued to impose preconditions on talks with Israel, including a demand that Israel release terrorists who were jailed before 1993, freeze construction for a second time and even present a map of the future Palestinian state before any negotiations take place.”

But the reality is that Abbas does not and never has wanted a state side by side with Israel: he wants a state in place of Israel. That is why breathtakingly generous – nay, suicidal Israeli offers – are always rejected.

The Arabs continuously smother Judea and Samaria (the so-called West Bank) with illegal buildings paid for by the oil rich Gulf states, Saudi Arabia, the EU, the UN and anti-Israel NGOs and the world remains deathly quiet. Only when an Israeli family dares add a room to their tiny home or some new apartments are built within the ancestral heartland or in Israel’s capital city, Jerusalem, does the same world scream bloody murder!

During Obama’s baleful reign he once suggested giving $4 billion of U.S. taxpayer’s money to the Arabs who call themselves Palestinians in addition to the $400 million annual aid already given to them. But as Yoram Ettinger, retired Israeli ambassador and leading demographer, once wrote:

“The impact of the $400 million in annual US aid, which has fueled an all-time-high Palestinian corruption (Mahoud Abbas’ nickname is “Mr. 20%), has also fueled hate education, terrorism, anti-US incitement, oppression, in general, and discrimination against Christians in particular, and the Palestinian affinity toward America’s enemies and adversaries: Bin Laden, Saddam Hussein, Russia, China, North Korea, Venezuela, Cuba and Iran. The PA follows in the footsteps of
previous Arab leaders who sided with the Nazis, the Communist Bloc and Khomeini.

“Why don’t the Arab oil-producing countries provide $4 billion to the PA, which they could easily afford in view of their robust $100 per barrel economy?”

Some time ago I wrote an article titled, Joseph Trumpeldor’s Message. In it I recounted the history of one of the towering figures in the Zionist cause; Zionism being the self-determination of the Jewish people and their national liberation movement.

In 1920, Trumpeldor, whose military prowess and heroism during the Russo-Japanese War in which he lost an arm had made him a legendary figure, arrived at a tiny embattled outpost in upper Galilee. The place was called Tel Hai, which translated from the Hebrew means Hill of Life. Tel Hai had been under severe assault for some time by large numbers of attackers from the nearby Arab settlement of Hulsa. Trumpeldor himself arrived under fire and immediately set about organizing Tel Hai’s defense.

Confronted with a relentless barrage of superior firepower and frequent waves of attacks, the defenders fell one by one. And on a Galilean spring day in early March, Trumpeldor himself fell mortally wounded, fighting to the end.
His dying words were in Hebrew: Ein davar. Tov lamut be’ad artzenu. Translated into English: “Never mind. It is good to die for our country.”

Joseph Trumpeldor’s grave lies near Tel Hai, now a commemorative site adjoining Kfar Giladi. Not long after his heroic death a Jewish village was reborn at the foot of Mount Gilboa where 3,000 years earlier other Jewish military heroes, King Saul and his son, Jonathan, so beloved of his friend David, fell fighting an ancient enemy. That village is named in Trumpeldor’s honor: Tel Yosef.

So what would Trumpeldor’s message be today to the embattled Jewish state? It would probably be this: Fight, fight and fight again. Self-restraint never works in the face of an implacable foe. Build, build and build again throughout the ancestral homeland.

Indulging in self-imposed building freezes to placate enemies, and so-called friends alike, while the Arab enemy constructs thousands of illegal buildings with impunity, is insanity.

Defend Israel, for to lose the precious homeland again and return to the horrors of exile is beyond imagining.
Similarly, Yigal Alon writing in the October, 1976 edition of Foreign Affairs titled, Israel: The case for defensible borders, exposed the critical defects in the armistice lines existing on June 4, 1967 – the same lines with minor adjustments that Barack Hussein Obama and John Kerry would have had the Jewish state shrink to.

Such a withdrawal contradicts the very meaning of U.N. Resolution 242. As Alon wrote, …”For Israel, a military defeat would mean the physical extinction of a large part of its population and the elimination of the Jewish state. To lose a single war is to lose everything.”

Without retaining the hill country, that runs like a spine north and south through Judea and Samaria, Israel’s pitifully narrow 9 mile wide coastal plain, which includes Netanya, Ben Gurion airport and Tel Aviv, will be at the mercy of a Palestinian Arab thugocracy just as southern Israeli towns and villages endure relentless aggression from the Hamas occupied Gaza Strip.
That is why the Two-State-Solution, as currently envisaged and peddled by the EU, the morally bankrupt UN – and was by the now defeated Obama Administration – would usher in a new Final Solution.

It is the fraudulent Palestinian narrative that the world has fallen for that is the most pernicious to Israel’s image. It allows an uninformed world to embrace the falsehoods of an Arab people who call themselves Palestinians and creates an atmosphere where the embattled Jewish state is unjustly and grotesquely demonized, allowing such foul anti-Israel and anti-Semitic movements as the Boycott, Divestment and Sanctions (BDS) organization to continue its dirty work.

That the conflict is not territorial but based upon Islam’s unchangeable refusal to accept a Jewish state or any non-Muslim state, whatever its borders – in territory once conquered and occupied under the banner of Islam and in the name of Allah – is lost on the functionaries who inhabit the international corridors of power.

Most diplomats, with few exceptions, still harbor the illusion that territorial compromise will satisfy the Arab and Muslim world. So again and again the discredited corpse known as the Two-State-Solution is exhumed and presented as the fall back default plan.

It was Albert Einstein who said: “The definition of insanity is doing the same thing over and over again and expecting different results.”

Victor Sharpe is a prolific freelance writer and contributing editor to several leading conservative websites. He is also a published author of several books including The Blue Hour, a selection of thirteen short stories, and the acclaimed trilogy, Politicide: The attempted murder of the Jewish state.