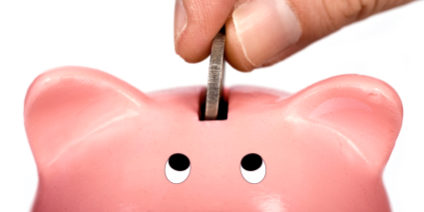 In his farewell speech to the nation on January 17, 1961 President Dwight Eisenhower warned of the power and influence of what he famously called the “military industrial complex”. An expression that was coined to depict the enormous power yielded by the leaders of the Defense industries and all those corporations involved in manufacturing military related products. These military corporate leaders wielded vast powers and directly impacted economic policies of the United States government despite them not having any official authority to do so.  Eisenhower noted that before World War II, the United States had in effect no permanent defense industry. Rather, it had fought wars by asking producers to switch from making “plough shares to swords”. This had changed since World War II and the advent of the Cold War. He warned that the huge amount of employment and resources commanded by the military industrial complex gave it a political momentum of its own which, unless the society was vigilant, could lead to very undesirable outcomes.

Recently Peter Buffet, son of the industrialist and philanthropist Warren Buffet and himself a philanthropist, has applied this idea to what he calls the “Charitable Industrial Complex” Buffet’s argument is quite similar to Eisenhower’s about the defense industry: the philanthropic industry has taken on a momentum all of its own. What’s worse, he argues, this momentum not only has little to do with the problems it is supposedly trying to solve, but actually leads to the perpetuation of the problems it claims it is trying to solve. For those who are employed in the philanthropic “industry” and have aspirations to change the world and for those on the other side of the picket fence who have over the years become highly suspicious of the too often political agenda’s of philanthropic organizations, many an integral part of the American Jewish community, I suggest we take a momentary break from our crusade to do “Tikkun Olam” and be open to the possibility that the Philanthropic-Industrial Complex has become nothing less than a self-fulfilling prophecy committed to sustaining itself  as its primary mission.

Here are some basic facts that give us an inkling of how immense and self-sustaining the Philanthropic-Industrial Complex has become in recent years. According to the Urban Institute, the nonprofit sector has been steadily growing and has experienced an uninterrupted period of growth in the last decade irrespective of the economic downturn in recent years throughout the Western world. . Between 2001 and 2011, the number of nonprofits increased by 25 percent. Their growth rate now exceeds that of both the business and government sectors. It’s a massive business, with approximately $316 billion given away in 2012 in the United States alone and more than 9.4 million employed. Philanthropy has become the “it” vehicle to level the playing field and has generated a growing number of gatherings, workshops and affinity groups that number in the tens of thousands.

On a practical level, one of the most maddening experiences for those who seek the support of private philanthropy is the lack of transparency in their selection process, that is, which grant seekers are awarded funding and which organizations are denied funding.  Not knowing why a foundation makes the decisions it makes is at the root of much of the current public discourse concerning funding of organizations that support for example individuals and organizations that are committed to the dismantling and even destruction of the State of Israel yet in their mission statement claim to support Israel. Not wanting to acknowledge this brutal fact, all that philanthropic foundations have at their disposal is the guiltless satisfaction of their own unaccountable authority. Philanthropic foundations have the rarest privilege of all: they do not have to explain themselves. They do not have to justify the origins of their wealth, or how they use that wealth, or to what real benefit, or how they decide or to whom they allocate their grants.

In the Jewish Federation world, we can see a very clear trend to achieve visible “impact” in the allocation process, so that funders will flock and open their wallets, their purses, and their hearts. In the past, the founders of local federations in the early part of the last century struggled to meet the demands of the European immigrations hitting the shores of America, the leaders of the American Jewish Joint Distribution Committee and the United (then) Palestine Appeal merged their fundraising efforts to create the United Jewish Appeal on the eve of the Holocaust. Their response, driven by a vision that included all Jews irrespective of politics, irrespective of being perceived not politically correct, created a powerful American Jewish community whose resources transformed Jewish history, saving, sustaining and changing Jewish lives.

Today the emphasis has shifted to address scalable issues, where discrete sums of money can achieve visible impact, enabling funders to visit an empowerment program operated by a small NGO who clearly can show with certitude how their donations to a specific project is achieving tangible results.

The Philanthropic-Industrial Complex of which the Jewish philanthropic organizations have a major role no longer see their role to build great institutions capable of performing great deeds on a national and historical scale. They no longer focus on the very destiny of the Jewish people. Giving to Jews in need, where ever they may live. Helping to deliver a heritage for our next generation is no longer a given, no longer occupying the minds of professional and lay leaders.

The writer, a 25-year veteran of the I.D.F., served as a field mental health officer. Prior to retiring in 2005, served as the Commander of the Central Psychiatric Military Clinic for Reserve Soldiers at Tel-Hashomer. Since retiring from active duty, he provides consultancy services to NGO’s implementing Psycho trauma and Psycho education programs to communities in the North and South of Israel. Today, Ron is a strategic advisor to the Chief Foreign Envoy of Judea and Samaria.   To contact: medconf@netvision.net.il