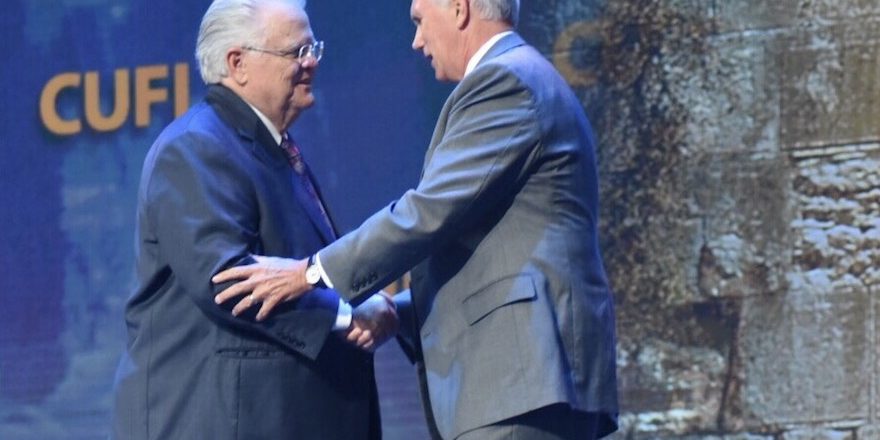 In the United States, the two groups that most ardently support Israel are Jews and evangelical and fundamentalist Christians. Jewish support is easy to explain, but why should certain Christians, most of them politically quite conservative, be so devoted to Israel? There is a second puzzle: despite their support for a Jewish state, evangelical and fundamentalist Christians are disliked by many American Jews.

The evidence about evangelical attitudes is clear. In 2006, a Pew survey found that evangelical Christians were more favorable toward Israel than the average American was—and much more sympathetic than either mainline Protestants or secularists. In another survey, evangelical Christians proved much likelier than Catholics, Protestants, or secular types to back Israeli control of Jerusalem, endorse Israeli settlements on the West Bank, and take Israel’s side in a Middle Eastern dispute. Among every religious group, those who are most traditional are most supportive of Israel.

Evangelical Christians have a high opinion not just of the Jewish state but of Jews as people. That Jewish voters are overwhelmingly liberal doesn’t seem to bother evangelicals, despite their own conservative politics. Yet Jews don’t return the favor: in one Pew survey, 42 percent of Jewish respondents expressed hostility towards evangelicals and fundamentalists. In comparison, in a study of religious attitudes on a national scale, two scholars from Baruch College have shown, a much smaller fraction—about 16 percent—of the American public has similarly antagonistic feelings toward Christian fundamentalists.

When one considers the worldwide movement in recent years to de-legitimize the State of Israel, that is, the enemies of Israel are not looking for a debate. Their aim is not to engage or interact but to undermine and demonize. Their opposition is not open to reason or good will. In short, their hatred is unconditional. This being the current geo-strategic reality challenging Israel, than why should some Jews be uneasy by Christians’ unconditional love toward Israel?

How better to fight unconditional hatred than with unconditional love? What better weapon against the forces working to delegitimize Israel than a force that unequivocally expresses love of Israel? Of course, we Jews should never stop doing what we do best: argue, debate, challenge and unconditionally “Kvetch”. However, this must be conducted within a common consensus meaning that Israel must remain the national homeland of the Jewish people.

But we can’t love the process more than we love Israel itself. For Israel supporters, unconditional love is the emotion that ought to trump all others; the emotion that fuels and gives meaning to our actions. I can challenge my child and rebuke him, but I can never forget to show him unconditional love. Many of our debates about Israel have become coarse and divisive. One reason is that in our zeal to express tough, critical love, we have forgotten about pure love, unconditional love so common among our Christian supporters throughout the United States.

We have much to learn from our Christian supporters and how they express unconditional love for Israel.  It is this unconditional love that can bind us together, Christians and Jews in our undivided support for the State of Israel and send a strong message of deterrence to Israel’s enemies.