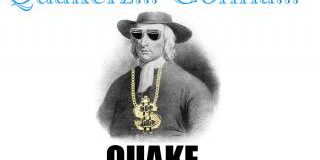 The American Friends Service Committee (AFSC), the political arm of the Quaker movement,  is planning on holding a Boycott Divestment and Sanctions (BDS) summer camp in New York State on July 28th thru August 1st. The camp described as a “five  day intensive program for campus BDS organizers — those with campaigns already running and those hoping to get one launched in the 2013-2014 school year.”  According, to AFSC’s website the BDS camp will include anti-Israel training such as:

The goal of the camp is to better organize pro-Palestinian students to launch campus campaigns targeting the Jewish State, boycotting Israeli academics, passing divestment resolutions and bolstering the haters’ message that Israel is an apartheid regime. According to the AFSC website (https://afsc.org/story/summer-bds-institute-student-leaders)  Islamic “Ramadan” dietary laws will be observed.

Shurat HaDin’s American office has been investigating whether the camp violates federal and NYS anti-boycott laws and whether a legal proceeding can be brought against the organizers and participants.

For an article about the Quaker Camp Click Here:
http://freebeacon.com/boycott-divestment-summer-camp/