US lawmakers pledge to back Israel against Iran 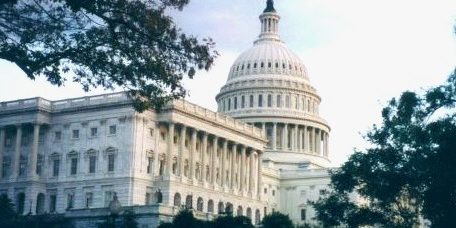 The U.S. Senate has unanimously approved a resolution affirming America’s firm opposition to Iran’s nuclear ambitions, and pledging full support for Israel in the event of an Israeli military strike against Iran’s nuclear facilities.

The chance to slam Iran’s government and speak up for Israel brought a rare moment of complete bipartisan unity to the Senate. Republican Lindsey Graham was a lead sponsor of the resolution.

“If that day ever comes where Israel has to take military action, to our friends in Israel: we will be there with you every step of the way diplomatically, economically, and, yes, militarily. And to the Iranian people: we would love to have a better relationship with you. To the Iranian regime: you are one of the biggest evils on the planet. And we will stand up to you. We will stand by our friends,” Graham said.

The resolution is an expression of the collective will of the Senate. It neither authorizes the use of U.S. military force, nor constitutes a declaration of war.

Democratic Senator Robert Menendez noted a new report by the International Atomic Energy Agency saying that Iran has boosted its ability to enrich uranium with hundreds of new centrifuges.

“We seek full implementation of U.S. and international sanctions on Iran, and urge the president to continue to strengthen enforcement of those sanctions. I cannot emphasize enough my strong concerns about Iran’s nuclear program, and the extraordinary threat it poses – yes, to Israel, but very importantly to the United States of America,” Menendez said.

Iran has long insisted its nuclear program is for peaceful purposes, arguing that Israel is the true threat to regional peace.