How Hamas Manipulates the International Media 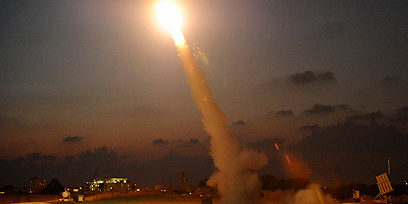 There is nothing more nauseating than watching Palestinian Muslims in the Palestinian Authority and in Hamas occupied Gaza celebrate as rockets are being fired toward Israel from the Gaza Strip. These same Palestinians took to their roofs and joyously celebrated when America was attacked on 9/11 by Saudi Arabian Muslim terrorists.

This is what is happening while Hamas and fellow Muslims in Hamas occupied Gaza fire rockets at Jerusalem, Tel Aviv and the towns and villages in southern Israel.

To quote, Khaled Abu Toameh, an Israeli Arab, “this hostility is the direct result of years of anti-Israel and anti-Western incitement in the Arab and Muslim world — not only toward Israel but also toward the United States. In today’s world of the Palestinians, anyone who talks about peace with Israel is a traitor and a collaborator; but anyone who calls for the destruction of Israel and fires rockets at Tel Aviv, Jerusalem is a hero.”

Almost predictably, the Hamas terrorist regime in Gaza is winning international sympathy as a result of its manipulation of the international media with alleged civilian deaths; many caused by its own misfired rockets. Pallywood is the name given to the sinister Palestinian version of Hollywood make believe.

The footage from Reuters of a beige jacketed Palestinian man appearing to be badly wounded in an alleged Israeli airstrike was broadcast not only on the BBC but also on CNN. What the footage did not show was the man soon after getting up from his stretcher unscathed and walking away. This was anti-Israel media manipulation of the worst kind and has duped millions of uninformed viewers world-wide. Tragically, the damage caused to Israel in the minds of so many can rarely be undone.

To quote the media watchdog organization, Honest Reporting, “it’s completely unacceptable for a supposedly respectable news agency to package un-sourced and unverified footage, particularly when the Pallywood phenomenon of the Palestinians, forging and staging false news for the international media, is a known possibility.

“It’s disturbing enough that outside media outlets evidently do not bother to check the footage that is supplied to them by Reuters and other agencies but it is even worse that the BBC cannot bring itself to admit the obvious even when it is staring them in the face. To date, BBC viewers have not been told of this staged manipulation by Hamas.”

Mainstream media has emphasized the number of alleged civilian deaths in Gaza the past several days, after believing and headlining a story that the visiting Egyptian prime minister kissed the head of a dead boy, allegedly killed by Israel.

Other watchdog sites have exposed the fact that the boy died after one of Hamas’ own rockets misfired and exploded in Gaza. The IDF also stated that there was no military activity in the area where the boy died. And the head of Hamas and the visiting Egyptian prime minister both knew it was a macabre stunt to demonize Israel and a wonderful propaganda gift to bamboozle the ever gullible international media.

For instance, CNN reported a heart-wrenching story on the death but did not correct its report after the pretense was discovered.

Hamas uses private homes, hospitals and schools to store its weapons and place its missile launching sites. This cowardly tactic leaves many terror targets free from retaliation. For instance, an Israeli pilot aborted his attack upon a deadly Iranian supplied Fajr missile because he saw children playing near the rocket. Later, that same missile was fired at Tel Aviv with the intention of killing Israeli civilians including children.

Just as in Afghanistan, where our U.S. troops are faced with the Taliban using women and children as human shields, so too the Israeli troops cannot fire back at the Hamas and Islamist terrorists for fear of hitting civilians, thus leaving Israeli soldiers to take casualties while trying to avoid hitting women and children or allowing Hamas to freely launch missiles on Israel’s civilian population.

The Israeli attempt to explain Hamas’s strategy has had little effect on foreign media such as CNN, the BBC and The New York Times. The NY Times on Monday headlined that Israel was bombing civilian sites but later changed it to read “government offices.” These buildings are used by Hamas for terrorist activities and as command and control centers.

Foreign media has repeatedly called the counterterrorist operation “deadly” and “relentless,” only occasionally mentioning the enormous barrage of lethal missiles hitting Israeli civilians and without noting that the attacks on southern Israel have continued for many years with limited Israeli retaliation. Indeed the Jewish state has endured thousands of missiles raining down on its people and the world has remained deafeningly silent. Israel has turned the other cheek time after time when no other nation would have tolerated even one missile upon its people and land.

Hamas has repeatedly expressed its love of death, encouraging Gaza residents, including women and children, to carry out suicide bombings. The ancient Israelites were confronted with pagan tribes who worshipped the death god, Moloch, to whom the pagans sacrificed alive their children in fiery ovens. Today the Israelis are confronted with a Muslim enemy that also glorifies death and it too sends its children to be sacrificed alive.