Global March to Jerusalem is a dud 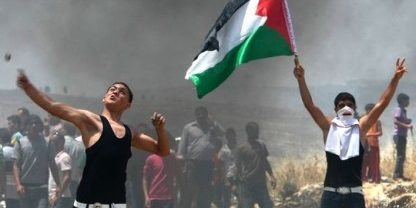 It was anticipated that as many as two million Arabs and foreign pro-Palestinian activists would storm Israel’s borders from all sides and infiltrate Jerusalem in order to protest the “Judaization” of the city. Even Israel was taking the threat seriously, and put a large amount of reserve military forces on alert for possible call-up. But in the end, the Global March to Jerusalem was a dud.

Several thousand people did gather at protest sites in Lebanon, Jordan, Syria, Gaza and the Palestinian Authority-controlled areas of Judea and Samaria. But the numbers were far lighter than originally threatened, and most Israelis were barely aware that there was a protest happening.

The most notable of the protests outside Israel’s borders happened in neighboring Jordan, but only because those few Jews who had chosen to side with their nation’s enemies were nevertheless attacked by local Muslims. A delegation from the anti-Zionist Neturei Karta movement, most of them Americans, attended the protests in Jordan and Lebanon. At the start of the event in Jordan, four Neturei Karta members were beaten by Jordanian Arabs before being rescued by other participants.

A handful of Jordanian youth did try to cross the border into Israel, but were stopped by Jordanian police. It was estimated that around 30,000-40,000 people gathered in Jordan.

In Lebanon no more than 7,000 gathered at the Beaufort Crusader fortress near Israel’s northern border to hear fiery speeches by Hizballah, Hamas and Palestinian Authority officials.

The turnout in war-torn Syria was negligible, with just a few hundred gathering in Damascus to chant anti-Israel slogans.

The situation was a bit more tense in Gaza and the Palestinian-controlled parts of Judea and Samaria.

In Gaza, thousands of Arab protesters attempted to approach the security fence separating the Hamas-ruled coastal strip from southern Israel. At least 29 people were wounded and one man was killed in clashes with Israeli soldiers stationed along the security fence.

In the so-called “West Bank,” a handful of protesters were wounded, and Israeli forces arrested 34 violent activists. The most intense action occurred at the Kalandiya checkpoint north of Jerusalem, where demonstrators hurled stones and firebombs at Israeli soldiers, who responded with a variety of crowd control weapons, including tear gas, sound blasts and foul-smelling water.

Israeli military officials said that the demonstrations had not been particularly severe, and were pleased with the army’s handling of the situation.

Despite the low casualty rate and the meager turnout for the “Land Day” events, Amnesty International still felt the need to issue a public condemnation over what it called Israel’s use of “excessive force” against the demonstrators.

Unwilling to admit that their stunt had largely fizzled into small localized protests, the organizers of the Global March to Jerusalem declared it a great success. Lead coordinator Ribhi Halloum claimed that activists from 84 nations had participated, and that the number of countries represented was far more important than the overall number of participants.