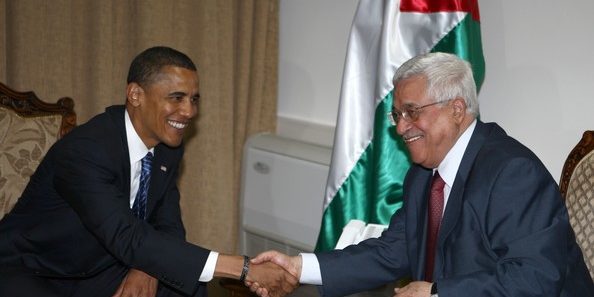 Israel and the US are set for a collision if President Barack Obama stands by his refusal to veto a Palestinian-Arab motion due to be tabled at the UN Security Council condemning Israel for its settlement policy in the West Bank and Jerusalem, debkafile’s Washington sources report. If he did, he would be the first US president to let an anti-Israel motion go through the Security Council; building on the West Bank and even in the forty-year old suburbs of East Jerusalem would become illegal, as would also municipal, police and military actions in these places.

This situation would throw Israel’s relations with the US, the UN and the European Union into deep crisis. By failing to block such a motion, Obama would encourage the Palestinians and hostile Arab states to continue to use the UN Security Council to undermine Israel’s legitimacy and even recognize a unilateral Palestinian state within the pre-1967 borders without negotiations.

The White House in Washington is maintaining a façade of normalcy in relations with the Netanyahu government. Last week, two senior US officials – Dennis Ross, presidential adviser on Iran and the Middle East, and Fred Hof, George Mitchell’s deputy and adviser on Syria and Lebanon, arrived in Jerusalem with a new proposal: The Obama administration and Netanyahu government would work out the security arrangements to be incorporated in a potential peace accord with the Palestinians and so ease the path toward a deal on borders.

However, debkafile’s sources point out that by failing to veto a Palestinian motion on settlements, Obama is a priori dictating future borders which no mainstream Israeli party. even the dovish Kadima, would accept, because it would entail turning the clock to the period before the 1967 war, one of the most hazardous of Israel’s history. Every Israeli government since then is absolutely committed to obtaining secure and defensible borders in any accommodation.

Defense Minister Ehud Barak appears to have taken a completely different tack to that pursued by Washington. He maintained last week that one of his main reasons for splitting the Labor party was a dramatic development in talks with a certain Palestinian group which he refused to identify. Barak argued that with Labor rocking the boat, the government was in no shape to take advantage of this “historic opportunity” for progress. In conversation with confidants, the defense minister said he had persuaded Prime Minister Binyamin Netanyahu and even the hawkish Foreign Minister Avigdor Lieberman that the chance was too good to miss.

In his view, this trio constituted the only solid political force capable of bring it to a successful conclusion. For its sake, he was therefore willing to endure the arrows and slings aimed at him by his erstwhile Labor colleagues.

debkafile’s sources say no one in Washington or Jerusalem was willing to admit they knew anything about the Palestinian development to which Barak referred.