The Palestine Papers: Why didn't the Palestinians sign an agreement? 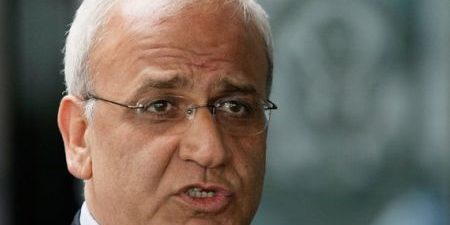 The British newspaper The Guardian and the pan-Arab news network Al-Jazeera created an uproar in the region on Sunday when they published previously classified documents detailing peace negotiations between Israeli and Palestinian leaders over the past decade.

The published documents have been dubbed “The Palestine Papers,” and they reveal that the two sides appeared to be very close to concluding a peace agreement as recently as three years ago and that, at least in private, the Palestinians were prepared to make seemingly reasonable concessions.

During talks between former Israeli Foreign Minister Tzipi Livni (current opposition leader) and top Palestinian negotiators in 2008, it was all but concluded that Israel would annex the large Jewish communities in Judea and Samaria, would retain control over much of eastern Jerusalem, and would compensate the Palestinians by ceding 5.5 percent of Israeli territory in other areas.

“I am offering Israel the biggest Jerusalem in Jewish history,” chief Palestinian negotiator Saeb Erekat was quoted as telling US envoy David Hale last year in a rare Palestinian acknowledgement of the Jewish connection to Jerusalem.

Additionally, Israel would let a total of 5,000 so-called “Palestinian refugees” to move to Israel over a period of five years, but would not take responsibility for the refugee issue. This is also seemingly rare, as Erekat and his boss, Palestinian leader Mahmoud Abbas, have made it a cornerstone of their “struggle” to not “abandon” these “refugees.”

Abbas spoke to Al Jazeera on Sunday, and confirmed that a number of different swap ideas had been discussed with former Israeli Prime Minister Ehud Olmert, and that he had agreed to an open Jerusalem with two municipalities working side-by-side.

Other Palestinian officials attacked the Al Jazeera report as a “pack of lies,” and said that the network had “declared war on the Palestinians” by revealing such humiliating details.

Jacob Galanti, former advisor to Olmert, also confirmed in an interview with Israel’s Army Radio that nearly every major issue had been wrapped up between Olmert and Abbas, and in a way that was acceptable to most Israelis.

So, why wasn’t an agreement signed? Galanti said he just doesn’t know.

The reality is that the concessions the Palestinians made behind closed doors would never have been accepted by the Palestinian public, and they knew that. As evidenced by the fact that Olmert and Abbas never sat down and actually signed an agreement, the Palestinians never intended to conclude the negotiations. It has served them too well to be the perpetual victims.

It is also a clever negotiating tactic. Today, Abbas openly calls on Israeli Prime Minister Benjamin Netanyahu to return to the negotiating table on the basis of what Olmert previously offered, while leaving out what the Palestinians offered. But if Olmert’s offer was sufficient, why didn’t Abbas conclude a deal with him?

Most Israelis are beginning to see through this ruse, as are most of the Western power brokers involved in the negotiations, even if they don’t admit as much in public.

During a meeting in Washington in 2009, US Secretary of State Hillary Clinton asked Erekat, “Why are the Palestinians always in a chapter of a Greek tragedy?”

Unfortunately, until people like Clinton, Olmert and Livni publicly call out the Palestinian leadership and insist on some honesty and integrity, the situation will continue to get worse, eventually resulting in unilateral action that will lead to war.