PA says Al-Jazeera is declaring war on them 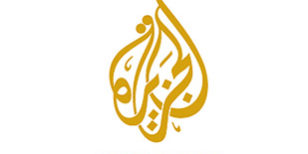 A senior Palestinian Authority official in Ramallah on Sunday strongly condemned the Al-Jazeera TV network for publishing hundreds of documents concerning the peace talks between Palestinians and Israelis.

Asked if the PA was now considering measures against Al-Jazeera, the official said he did not see how a TV station that “incites” against the Palestinians would be able to continue operating in the West Bank. However, he said that PA President Mahmoud Abbas, who is currently in Cairo, would decided on the PA’s response to the exposure of the documents in the coming hours.

In his first response to the documents that were revealed by Al-Jazeera, Palestinian Authority President Mahmoud Abbas said that he did not know how the TV network had obtained secret documents.

“We don’t hide anything from our Arab brothers,” Abbas told editors of Egyptian newspapers in Cairo. “We have been briefing our Arab brothers about all our activities with the Israelis and Americans.”

Erekat criticized Al-Jazeera for reporting about the documents. “This is a theater,” he said. “This is part of a campaign targeting President Mahmoud Abbas and the PA at a time when we are going to the UN Security Council regarding the settlements.”

Erekat said that Abbas, like his predecessor Yasser Arafat, refused to make far-reaching territorial concessions to Israel in Jerusalem. “East Jerusalem is the capital of the Palestinian state,” he stated. “All of east Jerusalem.”

“We are now facing a battle with Binyamin Netanyahu and we are facing threats and pressures,” Erekat complained. “I don’t know where these documents came from and I would like to know who gave them to Al-Jazeera.”

Erekat also denied that the PA had agreed to recognize Israel as a Jewish state. He said that when he was asked by Israel to accept this demand, he replied that it was tantamount to asking a Palestinian to join the Zionist movement.

Abdel Bari Atwan, editor of the London-based Al-Quds Al-Arabi newspaper, responded angrily: “Who gave the PLO the right to make concessions on Jerusalem? The PLO does not represent the Palestinians.”

Atwan said it was outrageous that four Palestinian offcials were negotiating on behalf of all Palestinians and making concessions without being authorized to do so. He named the officials as Saeb Erekat, Salam Fayyad, Mahmoud Abbas and Yasser Abed Rabbo.