Iran, Israel and the Arab Contradiction 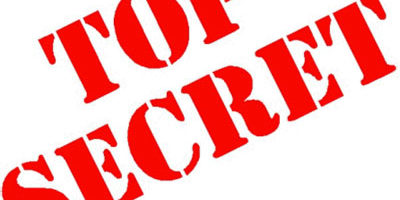 Speaking recently to the heads of his country’s major media outlets, Israeli Prime Minister Benjamin Netanyahu was unable to contain his glee at the revelations from the latest WikiLeaks documents (a reaction that elicited a private protest from the U.S. Embassy in Tel Aviv).

The main reason for Mr. Netanyahu’s satisfaction was that the highly classified State Department documents present a picture of an Arab world that despises Hamas, believes that Hezbollah is a danger to Lebanon, and fears Iran. Arab leaders take the last matter so seriously that they even appear to be doing their best to persuade the United States to attack Iran’s nuclear installations.

Egypt’s President Hosni Mubarak, for example, “hates Hamas, and considers them the same as Egypt’s own Muslim Brotherhood, which he sees as his own most dangerous political threat,” states one February 2009 memorandum to Secretary of State Hillary Clinton. Another memo, dated July 2008, reports that Mr. Mubarak informed Sen. John Kerry that the Iranians “are big, fat liars and justify their lies because they believe it is for a higher purpose.”

According to this report, Mr. Mubarak views Iran as the primary long-term challenge facing Egypt. Omar Suleiman, Mr. Mubarak’s intelligence chief and right-hand man, told Gen. David Petraeus in July 2009 that Iran is running agents inside Egypt in an effort to subvert the Egyptian regime in collusion with members of the Muslim Brotherhood.

The tenor of these confidential statements echoes the concerns that Israeli leaders have long raised about Iran. So Mr. Netanyahu and other Israelis are happy to point to the documents as proof that Israel’s existential worries are shared by many of its neighbors. And with Iran perceived as a clear danger both to Israel and to numerous Arab governments, it might be expected that the Arabs and Israel would join forces to confront their common enemy.

A closer look at the documents, however, presents a political reality that is far more complex. WikiLeaks reveals that the enemy of my enemy is not necessarily my friend.

Transcripts of meetings between Gulf Arab leaders and U.S. officials show that while Arab hatred and fear of Iran is considerable, hostility toward Israel is just as great. In addition, because the Palestinian problem has not been solved, open Arab-Israeli cooperation is a nonstarter. The documents do confirm the existence of covert intelligence contacts between Israel and certain Arab states, including Saudi Arabia, but the ties are tenuous and cooperation is strictly ad hoc.

For such ties to have any political impact, they would have to be open—and this is simply not about to happen. Mr. Mubarak may despise Hamas, but he points out to his American interlocutors that he cannot act against Hamas in Gaza for fear of appearing to collaborate with Israel.

Both the Egyptians and the Jordanians state that they fear Iran and would like to see economic sanctions against it until its nuclear project is scrapped. But in the same breath officials from both countries declare that no Arab state could openly join in such sanctions, for fear of being seen as betraying an Islamic nation. Needless to say, no one is willing to come out publicly in support of military action against Iran even by the United States, let alone Israel.

What should concern Israel even more, however, are the contours of American foreign policy that emerge from WikiLeaks. Israeli political leaders act as if they believe that there is a high degree of confluence between Israeli and American strategic goals in the Middle East. Anyone who reads the WikiLeaks documents discovers otherwise.

The United States faces serious difficulties in Iraq, Afghanistan, Pakistan and the Gulf. Israel has very little to offer the U.S. in resolving these problems. By contrast, some of Israel’s adversaries do, notably Saudi Arabia. Not surprisingly, the cables of American representatives in the Arab world reveal a list of priorities in which Israel does not figure highly, if at all.

The bottom line is this: Having a common foe—or even more than one—is not enough to turn long-term enemies into friends. History teaches us that it is impossible to run an effective campaign against rogue states without a wall-to-wall coalition of responsible partners who are aware of their role in preserving the safety of the family of nations. Unless the concerned states of the Middle East drastically change the way they collaborate (with the U.S. acting as mediator), the campaign to stop Iran from getting the bomb will be lost.

Mr. Bergman is a senior military and intelligence analyst for Yedioth Ahronoth, an Israeli daily. He is currently working on a book about the Mossad and the art of assassination