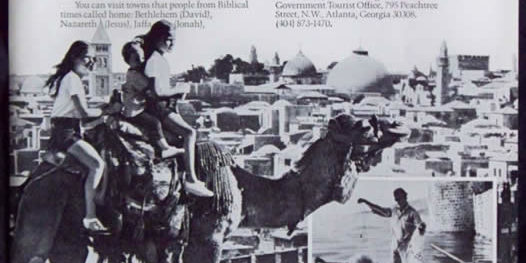 Tourism to Israel broke yet another all-time record in November, when 310,000 visitors entered the country – more than during any previous month in modern history.

3.18 million tourists visited Israel in the first 11 months of this year – 26% more than the same period in 2009, and 12% more than that of 2008. This year has already become a record-breaking year, with more tourists having arrived in Israel so far than in all of 2008.

The Tourism Ministry is preparing for the expected arrival of over 70,000 Christian tourists and pilgrims over the Christmas period – which, fortunately for Israeli tourism, is celebrated over a two-week period by different churches.

The Ministry estimates that 2.4 million Christian tourists – half of them pilgrims – are expected to visit Israel by the end of 2010, double the amount that visited Israel in 2009.

Tourism Minister Stas Misezhnikov said, “The success of the Tourism Ministry’s marketing activities and the resulting increase in incoming tourism has a direct and immediate effect on the creation of thousands of new jobs throughout Israel and the injection of hundreds of millions of dollars into the state coffers. Tourists who return home satisfied and full of experiences from their visit become ambassadors for Israel, and their actions join those of the Ministry in improving Israel’s image overseas while presenting the country as an attractive, varied and sought-after tourism destination.