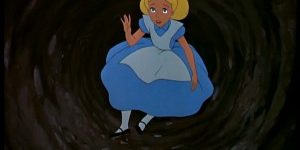 The obscene Goldstone Report unleashed all that we already knew of the world; that it hates the Jew and hates the reconstituted Jewish state. The report’s bigotry, its lies of commission and omission, were made even more unbearable by the fact that a South African Jew foolishly gave his name to it. Such Jews have often wittingly or unwittingly stabbed the very heart of the Jewish People.

I am reminded of some of the words of Menachem Begin when he stood before the graves of three young Jewish patriots, members of Irgun Zvai Leumi, hung by the British Mandatory authorities for merely possessing one unused pistol between them. Begin said the following:

“We believe with perfect faith that the Jewish People is indestructible. A people who suffered the cruelty, the oppression, and the holocausts of the long night of exile, which descended for so many centuries upon it and which, nevertheless, survived each and every one of its more powerful enemies, cannot be destroyed …

“It is this firm belief that is echoed every year at the Passover Seder table: In every generation they rise up to destroy us but the Holy One, Blessed be He, rescues us from their hands.

“And as one marvels at the incredible history of the frailest of peoples and beholds them marching past the graves of the mightiest empires, of kingdoms, that dreamed of Jewish destruction; when one gazes upon the glory of Egypt, a Babylon, a Greece, a Rome, a Spain – all glories of generations past – surely the power of that Heavenly promise becomes felt in the very fiber of his being.

“In the end, at times of crisis, there are no allies for the Jew. At best, nations are motivated by self-interest, and we, the smallest of peoples, offer little to the practitioners of real Politik.

“At worst, there is a deep and abiding antipathy to the Jew, his cause, his land. Who can the Jew trust? None but himself. To whom can he look for assurance and guarantees? Only to himself and his Divine Protector. This is enough to assure Jewish survival. That is enough to swell our hearts with Hadar.”

Menachem Begin’s eulogy contained words of great wisdom and prescience, including the Hebrew word hadar, meaning glory. Indeed, the nations of the world are almost as one now in chastising the Jewish state for daring to defend itself against Arab aggression.

Since the heartrending time in which Menachem Begin saw a world, so shortly after the Holocaust, indifferent and even hostile to the endless and relentless suffering of the Jewish people, there have arisen Christians spanning many nations, who rejected Replacement Theology and have followed a different light. These principled and highly moral folk have found so much in the inextricable Jewish roots of their Christianity that they have come forward as the only friends of an otherwise hated peoplehood: the Jews.

Even if the Israel Defense Force (IDF) is the most moral army in the world – which it is – and goes to extraordinary lengths to avoid civilian Arab casualties – most often needlessly endangering the lives of its own soldiers – the international chorus can barely conceal its vile charge that Israel acts the way the Nazis did. This in itself is an attempt to free its own crushing guilt at conspiring with, or ignoring, the German Nazi extermination of European Jewry.

Here are the words of British Commander (ret.) Richard Kemp, who told the U.N. Human Rights Council (UNHRC) that the IDF made a strong effort last winter to safeard the lives of Gaza’s Arab civilians during its counterterrorist operation.

“During Operation Cast Lead, the Israeli Defense Forces did more to safeguard the rights of civilians in a combat zone than any other army in the history of warfare …”Israel did so while facing an enemy that deliberately positioned its military capability behind the human shield of the civilian population.”

Needless to say, the U.N. Human Rights Council, infested as it is with many of the world’s rogue states, was not moved by his testimony.

Britain and France could not bring themselves to vote in the U.N. against the odious and monumental hypocrisy that is the Goldstone Report. No doubt Arab oil, economic pressure and lucrative trade advantages were more important to the British Foreign Office and the Quai d’Orsay than morality. In the international corridors of power, it has ever been so.

Debka Intelligence report suggested that the Israeli government could have acted much sooner by informing the world of the numerous functionaries still acting in the Palestinian Authority who committed acts of brutality and terror against Jewish civilians.

“Israel,” it said, “could have catalogued for the UNHRC the relentless crimes and atrocities against humanity perpetrated by the Hamas, Islamic jihad, Fatah, and other Palestinian Arab terror gangs. They delayed doing so for far too long and allowed the anti-Israel coalition to box Israel into a dire corner by delegitimizing the IDF with the Goldstone Report.” Maybe so, but there is still very little Israel can do against such worldwide hatred.

As mentioned earlier, there are those standing with Israel in its lonely passion. Millions of Evangelical Christians, mostly in America, are supporting the embattled Jewis state and providing practical assistance in selfless and loving ways.

But an infernal mechanism is at work. It is unmistakable. The State of Israel is under an existential threat the likes of which, perhaps, it has not seen before. Nuclear war is fast becoming a reality unless the Iranian threat is neutralized or at least set back.

The world, including Obama’s America, may not use force against the madness oozing from Teheran. It is increasingly apparent that only Israel will be left with increasing difficulty to overcome the threat from Ahmadinijad and the mullahs. The immoral world will remain unmoved by Ahmadinijad’s threats to destroy Israel, “the Zionist entity” as he calls it, and will wait instead for Israel to do what is necessary to protect herself and, by extension, the world itself.

Then they will shriek as one in condemnation, while secretly breathing a collective sigh of relief. They did this when Menachem Begin authorized the IDF to destroy Saddam Hussein’s Iraqi nuclear threat at Osiraq. The little men and women in the international Chancelleries cannot tolerate a nation that defies hypocrisy and acts out of a deep sense of morality.

The same little men and women who are the world’s prime ministers and presidents inwardly hate themselves and their inherent weakness. In so doing they project that self-hatred against the very nation, Israel, that exemplifies all that they secretly wish they were. The result is a corrosive envy and an assault upon the victim, the lonely Jewish state; not the Iranian or Arab Muslim victimizers.

Now streak forward in time from Menachem Begin’s eulogy to the betrayal of America and its allies as exemplified at the Nuclear Disarmament conference called by Barack Hussein Obama in Washington, DC. Some fifty heads of state gathering to produce nothing but faithless blather while the Islamic Republic of Iran, which calls for the nuclear destruction of the Jewish state, is not mentioned once. Nothing has changed.

Remember again the Passover, the festival of freedom from tyranny, and the eternal words: In every generation they rise up to destroy us but the Holy One, Blessed be He, rescues us from their hands.”

Only a return to and rediscovery of the faith that has sustained both Jews and Christians over the millennia can vindicate the clarion call heard after the Shoah: “Never again.”

And then the choice must be made: Glory or Weakness?

Victor Sharpe is the author of Volumes One and Two of Politicide: The attempted murder of the Jewish state.