an anti-Jewish Jesus in Holy Week? 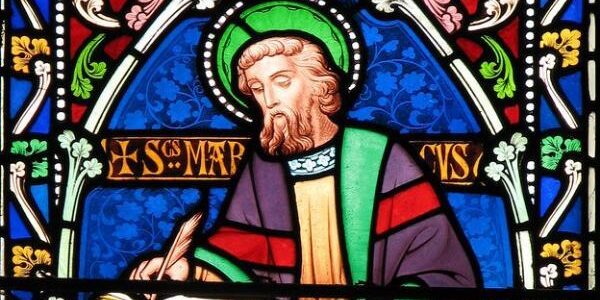 I step with trepidation when I visit a new church in Holy Week. Typically the pastors and readers know little or nothing of the debates over the supposed anti-semitism in the gospel of John, from which many of the Holy Week texts are taken.

So the readings often seem to pit Jesus against “the Jews,” and suggest that all “the Jews” supported the arrest and torture of the Messiah. And worse yet, that Jesus himself condemned “the Jews” and therefore their religion.

Tragically, this is what the Church has taught for the last sixteen hundred years and more.

Part of the problem has been a mistranslation of a word in John’s gospel. Because of this mistranslation, John’s gospel has been thought to be anti-semitic by scholars because it often depicts “the Jews” as resisting Jesus. But the word translated as “Jews” is Iudaioi, which can also be rendered “Judeans,” that is, the leaders in Jerusalem, the capital of Judaea. There is good reason to think that John, a Jew (!), was referring not to Jews in general when he said negative things about the Iudaioi, but to the Judean leaders in Jerusalem. (We do something similar when we distinguish between “Washington” as a sometimes-oppressive government, and “Washington” as the city’s population generally.)

The translation of Iudaioi as “the Jews” makes little sense, suggesting all “the Jews” were against Jesus, because many of the Jews in John’s gospel believe in Jesus: “Many of the Iudaioi therefore, who had come with Mary and saw what Jesus did, believed in him” (Jn 11:45). Furthermore, John’s Jews or Judeaeans are divided on Jesus: “There was again a division among the Iudaiois because of these words. Many of them said, ‘He has a demon, and is mad; why do you listen to him?’ Others said, ‘These are not the words of a demon-possessed person. Would such a person be able to open the eyes of the blind?’” (Jn 10:19-21).

There is more reason to think that John was not anti-Israel or anti-Jewish. He uses the word “Israel” positively in chapter 1 when he says John the Baptist revealed the messiah to Israel, and that Nathanael was an Israelite in whom there was no deceit (Jn 1:31, 47). And in 4:22 he shows enormous respect for the Jewish people and their religion: “Salvation is from the Jews.” At other points in his gospel, his use of Iudaioi is neutral: he says “many of the Iudaioi went to Martha and Mary to mourn with them concerning their brother” Lazarus (11:19), and that Jesus told the high priest that he taught openly at the Temple, “where many Iudaioi gather” (18:20). Therefore Jesus’ condemnation of some Iudaioi (for example, “You are of your father the devil” ) was just that—a selective attack on certain leaders in Jerusalem, the ones who increasingly opposed him and finally put him to death. But as you can see from the evidence I have just shown, one cannot fairly conclude that John’s gospel is against Jews in general, or that Israel as a whole is condemned.

Recognizing these things should change the way we read from the gospel of John. It changed the way my friend Mark, a Lutheran pastor, preaches from this gospel.

When Mark reads the text of John in a sermon, he now uses the word “Judeans” in place of “Jews” where the Greek (Iudaioi) and context suggest it. This makes far more sense of the story in most cases.

For example, the ESV has Jesus saying in John 7:19, “None of you keeps the law. Why do you seek to kill me?” Just before this John says that Jesus was answering a question posed by “the Jews” (v. 15). Most readers get the impression that according to John all the Jews were trying to kill Jesus. But when the Greek is translated “the Judeans,” with the implication that John has in mind not Judeans in general but the Judean leaders in charge of the Temple (and this is what the Greek suggests), then the tone of the whole gospel changes. It is not all Jews who were opposed to Jesus but only certain Jewish leaders. After all, John writes about one of the Judean leaders (Nicodemus) who came to Jesus at night because he admired him (3: 1-15).

“Why in the world would John continually condemn all Jews,” Mark asks, “when he and his fellow apostles were all Jews? And when we know there was hostility between the leaders down in Judea who ran the Temple and the Jews up north in Galilee whom most Judeans despised? It only makes sense that John’s criticism was directed at the Judean leadership, not Jews in general, and especially now that I have realized that the same Greek word is used for each. So the context must determine which way to translate that Greek word.”

Therefore I plead with Christian, and especially my fellow Anglican, preachers and readers, please don’t read these texts from the pulpit or rostrum without studying the texts ahead of time and replacing “the Jews” with “the Jewish leaders” where the literary sense demands it.

It makes a difference. Not only on our listeners but also on us–what we think of our Jewish redeemer.

Gerald McDermott is the author of Israel Matters, a wonderful book to lead your congregation through the foundational beliefs around Christian Zionism.