It’s a little late for Jews to get even with St. Louis 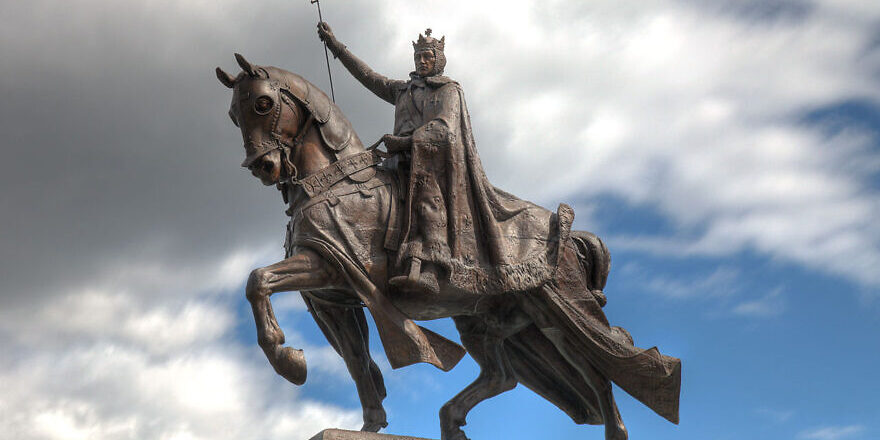 Who says Jews and Muslims can’t work together? In St. Louis, an Israeli-American restaurant owner and a pair of Muslim activists have joined forces in order to exact retroactive justice against a historical figure that hated both groups.

Their target is King Louis IX of France (1214-1270) who was canonized by the Catholic Church as St. Louis, after whom a great American city was named. But as the St. Louis Jewish Light reports, Ben Poremba (the Israeli), and Umar Lee and Moji Sidiqui (his two Muslim colleagues) have launched an effort to not only remove a famous statue of the king/saint that has stood in front of the city’s art museum since the St. Louis World’s Fair of 1904, but also want to rename the city.

It’s just the latest example of the surge of iconoclasm that has gripped the country since the killing of George Floyd by a Minneapolis police officer inspired nationwide protests. The initial targets of demonstrators who took to the streets to oppose racism were statues of those associated with the Confederacy. But it didn’t take long for mobs of vandals to move on to a broad array of villains, including those explorers who exploited Native Americans like Christopher Columbus, and Founding Fathers who were slaveholders like George Washington and Thomas Jefferson. Not satisfied with those relatively narrow categories of bad guys, the protests have now also been extended to other presidents who were racists—namely, Andrew Jackson and Woodrow Wilson—or justified manifest destiny like Theodore Roosevelt.

In some cases, the new Jacobins have had no real rhyme or reason for tearing down a statue—like the one of an opponent of slavery and a Union soldier that was trashed in Madison, Wis., on the grounds of the state capital. When groups get the urge to destroy things in the name of their righteous anger at the hate they claim to see in others, any statue will do.

But as I pointed out earlier this month, why shouldn’t Jews get into the act, too? The list of historical anti-Semites is long as are the monuments that are associated with anti-Jewish prejudice. And if the figure in question is someone that Muslims have good reason to despise as well, then that’s even better since it also fosters an exercise in good community relations.

In Louis IX, this trio of activists has found someone who isn’t easy to defend. Even in an age in which anti-Semitism was commonplace, he stood out as a particular foe of the Jews and Judaism. He presided over “trials” of Jewish sacred texts that resulted in the public burning of the Talmud, and singled out Jews for humiliation and expulsion. Moreover, he was ardent crusader—going on two futile expeditions to the Middle East, both of which ended disastrously—causing pointless suffering to their Muslim targets, Christian participants and Jewish bystanders.

There would be a certain delicious irony were Louis to be retroactively put on trial for his misdeeds. But dredging up the 800-year-old sins of a man who is now seen as a symbol of faith by Catholics won’t do a thing to address contemporary anti-Semitism. Continue Reading….