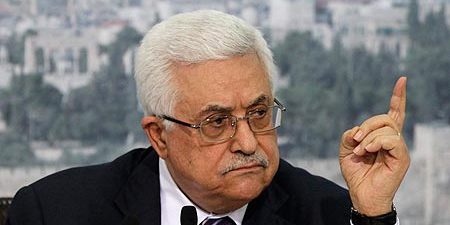 The Palestinian Authority is ready to resume peace talks with Israel and has relayed a message to that effect to the international peacemaking Quartet, French news agency AFP reported on Monday,

According to the report, the Palestinians are “ready to resume direct bilateral negotiations from where they stopped” with Israel, and presented a counteroffer to US President Donald Trump’s Middle East peace plan including “minor” territorial concessions

The Israeli-Palestinian peace process has been deadlocked since 2014.

The report noted that PA Prime Minister Mohammad Shtayyeh mentioned the so-called “counteroffer” on June 9, but made no mention of direct talks with Israel.

However, the Palestinian apparently conditioned any progress in the peace talks in Israel shelving its plan to extend sovereignty to large parts of Judea and Samaria and the Jordan Valley – something Prime Minister Benjamin Netanyahu hopes to promote in the next few weeks.

Ramallah has threatened that if Israel pushed through with the move, it would render the 1993 Oslo Accords – on which the peace process in predicated – null and void.

“If Israel declares the annexation of any part of the Palestinian territory, that will necessarily mean the annulation of all signed agreements,” the PA wrote in the letter sent to the Quartet, which comprises envoys from the United Nations, US, European Union, and Russia.

Overnight Sunday Netanyahu said he would welcome a resumption of the peace talks.