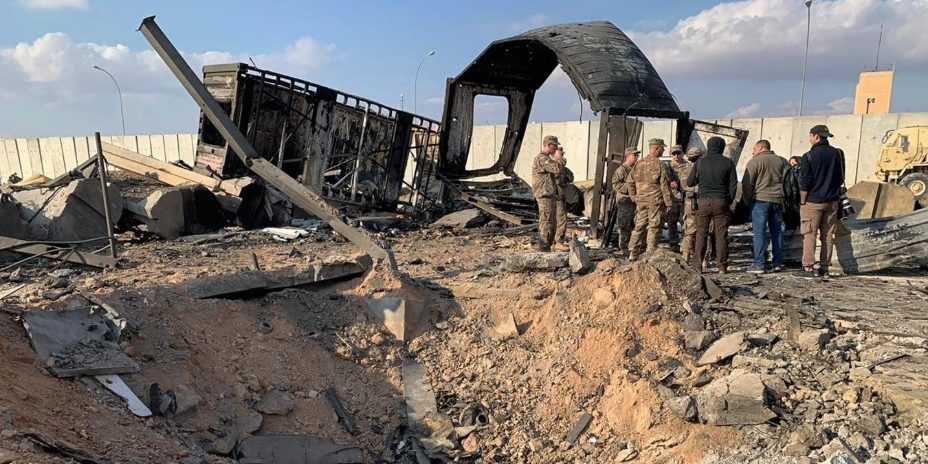 Iran, amidst the Coronavirus pandemic, is demanding sanctions relief. Lebanon, too, is looking for a financial bailout after defaulting on a Eurobond. Neither should get the financial aid they are requesting.

Iran’s Islamic Revolutionary Guard Corps (IRGC) and its terrorist proxy Hezbollah in Lebanon are undertaking a dangerous and determined campaign to field a precision-guided munitions (PGMs) arsenal across the Middle East. These weapons are as deadly as they are accurate. They can strike within a few meters of an intended target. They represent a grave threat to U.S. and allied forces stationed across the Middle East. They also pose a threat to Israel and Gulf Arab allies in the region.

It’s a safe bet that Tehran’s PGM project was a topic of conversation during Secretary of State Mike Pompeo’s visit to Israel this week.

The Middle East is already grappling with the threat of precision attack from Tehran. Iran launched cruise missiles and drones at the Abqaiq oil facility in September of last year. This is the Saudi Aramco facility that also happens to be the largest crude oil stabilization plant in the world. The aim of the Iranian regime was to blow the price of oil sky high. Thankfully, the facility was only taken offline for a few weeks.

In early January of this year, after the U.S. targeted IRGC leader Qassem Soleimani, the Iranian regime used ballistic missiles to precisely strike two bases in Iraq housing U.S. troops. That missile attack was a harbinger of a conflict that could be on the horizon.

Tehran, along with its violent proxies in Syria, Lebanon and Iraq, are now working assiduously, even during the Coronavirus pandemic, to convert an arsenal of unguided rockets and missiles into smart ones. Unguided rockets often miss their targets. Missile defense systems can easily knock them out of the sky. But Iran’s new PGMs can potentially maneuver in flight, evading air defenses. If enough are fired, they can also overwhelm current defenses.

The Israelis, in particular, are getting nervous. And rightfully so. Official sources suggest that Hezbollah may be producing a PGM or more each day, accruing an arsenal measured in the dozens or hundreds. That may not seem like many to readers, not in the line of fire. But to Israel and its citizens, it could be a matter of life and death.

Combining a barrage of thousands of unguided missiles and rockets with hundreds of PGMs could enable Hezbollah to penetrate Israeli defenses. The result could be a catastrophic attack on Israel’s chemical plant in Haifa or Ben Gurion International Airport with the relative impact of a tactical nuclear or chemical weapons strike. Continue Reading….

Jonathan Schanzer is senior vice president for research at the Foundation for Defense of Democracies (FDD), where Bradley Bowman serves as senior director of FDD’s Center on Military and Political Power.