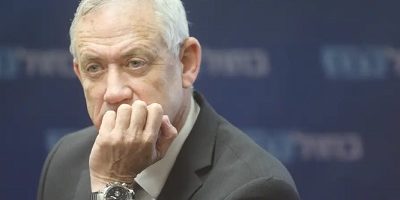 Israel will soon have a new coalition government after an agreement was signed on Monday evening between Likud and Blue and White, putting an end to a 17-month political stalemate that resulted in three elections.

“I promised the State of Israel a national emergency government that will work to save lives and livelihoods of Israeli citizens,” Netanyahu said.
Gantz expressed his relief that an election that would have been held on August 4 if a deal was not reached by May 7 had been averted.
“We prevented a fourth election,” Gantz said. “We will protect our democracy and fight against the coronavirus.”
US President Donald Trump’s peace plan, including its clauses enabling Israel to apply sovereignty in Judea and Samaria, will be able to be implemented in July, when maps are set to be finalized.

In a controversial clause, both Netanyahu and Gantz will have the right to an official residence fully funded by the state. In another, the so-called Norwegian law will be changed to allow ministers to quit and new MKs to enter the Knesset, including in Blue and White, skipping over MKs from the Yesh Atid and Telem parties that will remain in the opposition. Continue Reading…