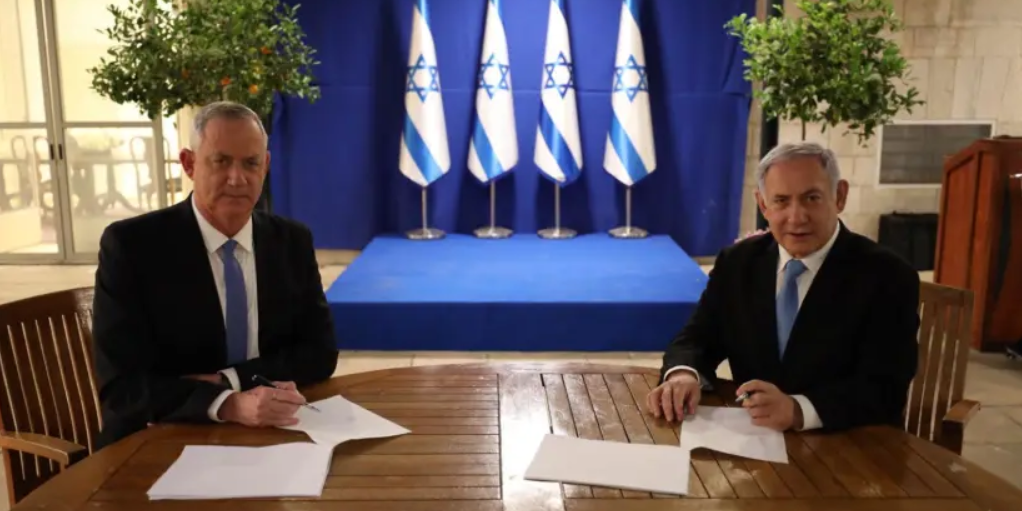 Against what appeared all odds, Prime Minister Benjamin Netanyahu and Blue and White Chairman Benny Gantz signed an agreement for a unity government. The breakthrough came late Monday shortly before the start of Yom HaShoah, Holocaust Remembrance Day.

The agreement brings to a close a political crisis that has lasted a year-and-a-half and has led to an unprecedented three consecutive elections in Israel.
Netanyahu will serve as prime minister on a rotational basis. Netanyahu will start in the role for 18 months. Gantz will take over in October 2021.

Netanyahu appears to have won a victory on the matter of the Judicial Selections Committee, one of the key sticking points. The Likud will have a majority on that committee, which picks judges to the Supreme Court, Israel’s Channel 11 reports. Netanyahu also will have a veto over senior appointments.

The government that will emerge will include up to 36 ministers and 16 deputy ministers.

The foreign ministry will be split between Blue and White and Likud with each party running it for half the government’s term.

The Likud will run several key committees, including finance, labor and welfare and immigration and absorption. It will also run the constitution, law and justice committee and the special committee dealing with the corona crisis.

The ambassador to the UN will come from the Likud party. Continue Reading….