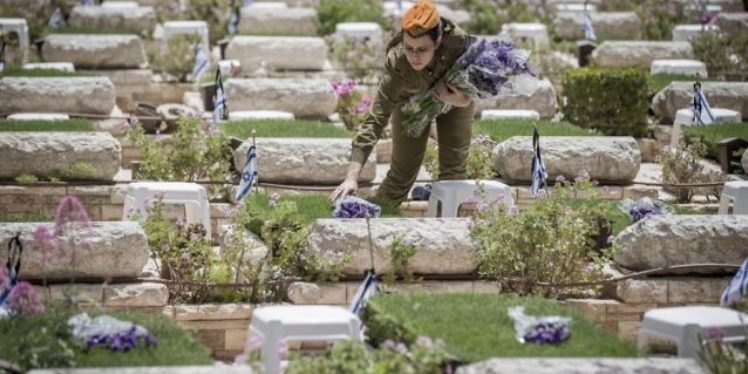 By The Times of Israel—

Officials from the National Security Council and Defense Ministry are reportedly set to meet on Wednesday night to discuss a lockdown from the eve of Memorial Day on April 27th until the end of Independence Day on April 29th.

Defense officials are concerned about crowding at cemeteries where bereaved families and many others traditionally gather to grieve on Memorial Day for Israelis felled by war and terror attacks, Channel 12 reported.

The Defense Ministry is preparing to perform all state ceremonies at cemeteries for mourners who will not be able to attend.
A military representative, a Defense Ministry representative and an IDF rabbi will be present at each cemetery. They will recite the kaddish prayer in memory of every fallen soldier and place a flower and pennant on every grave.

The main ceremony at the Western Wall on the eve of Memorial Day will be limited to 20 participants, including IDF Chief of Staff Aviv Kohavi and President Reuven Rivlin, and will be broadcast live for the public.

At Mount Herzl’s Memorial Hall a soldier will light a candle for each of the fallen and the kaddish prayer will be recited for their families.