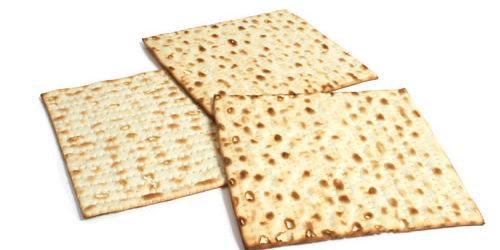 WHEN Emily Moore, a Seattle-based chef and instructor, was invited to consult on recipes for Streit’s Matzo, she assumed that the baked goods would have their traditional heft, because no leavening can be used during Passover.

Not so, said Rabbi Moshe Soloveichik, a member of a prominent rabbinic dynasty, who oversees the company’s ritual observances. Let the cookies and cakes rise, he told her. Let there be baking soda and baking powder.

“He acted like I was crazy,” Ms. Moore said.

The biblical prohibition against leavened bread at Passover  which begins on Wednesday night  has kept observant Jews from using any leavening at all. Cakes and cookies of matzo meal (ground matzo), matzo cake meal (which is more finely ground) and nuts can be tasty, but dense.

So it will surprise many Jews  it certainly surprised me  that among the profusion of products that most Orthodox certification agencies have approved for Passover are not just baking soda, but also baking powder.

Some rabbis are lifting other dietary prohibitions that they say were based on misunderstandings or overly cautious interpretations of biblical sanctions, and because they want to simplify the observance.

“The holiday has become overly complicated, and people are turning away from the rigorous practice of it,” said Rabbi Jeffrey A. Wohlberg, the senior rabbi at conservative Adas Israel Congregation in Washington.

Last year, Rabbi Wohlberg said it was permissible for his congregants to eat legumes, called kitniyot in Hebrew. They are usually beyond the pale at Passover for the most rigorous observers, but are increasingly accepted by many Conservative and Orthodox rabbis, particularly in Israel.

“I have also talked to a lot of young mothers over the years whose children, for example, are lactose intolerant and want to use soy milk,” Rabbi Wohlberg said. “But soy is a bean and hasn’t been permissible.”

The restrictions have their roots in the Book of Exodus, which tells of how the Israelites fled Egypt in such haste that they could not let their bread rise and become “chometz” in Hebrew. Only unleavened bread, matzo, is eaten during the eight days of Passover, in memory of the Israelites’ hardships and in celebration of their escape from slavery. Continue Reading….

Category: Feasts and festivalsBy The Jerusalem ConnectionApril 15, 2020Leave a comment