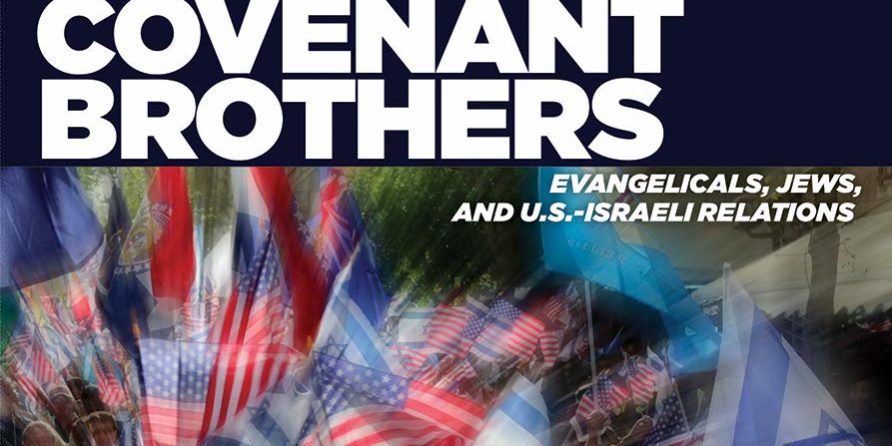 Dwight D. Eisenhower was the first president baptized in office. Shortly after his inauguration, Edward L. R. Elson of the National Presbyterian Church in Washington baptized the president in a private ceremony.

For several reasons, Elson was an interesting figure during America’s civil-religious awakening of the 1950s. First, he was the president’s pastor. Second, he was a pretty effusive flatterer of leaders in high office. He peppered Secretary of State John Foster Dulles with invitations to attend numerous church events, laying it on thick with encomia like “Let me tell you how superlatively I believe you are handling your high office.” Third, he frequently took the liberty of giving Dulles advice on how to handle affairs of state. And fourth, he was a committed anti-Zionist. Beginning in 1954, Elson was a board member of the American Friends of the Middle East, an anti-Zionist front group sponsored by the CIA. He was determined to get Dulles to assist him in advancing the AFME’s mission.

Elson could be startlingly forward with the secretary of state. In 1955, Elson wrote to Dulles, asking how the AFME might be “of increased usefulness at this trying time of American relations in this area.” In 1957, he invited Dulles to a dinner with Cornelius Engert, one of the AFME’s founders, to discuss Middle East strategy. (Dulles’s staff, noting that the AFME was “a partisan Arab group,” declined the invitation on his behalf.) And in 1958, Elson had the audacity to insist that Dulles make a special stop in Egypt on the way to a Baghdad Pact meeting in Ankara because “some of our real and trusted friends would be greatly encouraged by your personal appearance in Cairo.”

With a few exceptions, such as when Elson asked Dulles for a framed and autographed photograph to hang on the wall of his study next to his likeness of Eisenhower, Dulles consistently gave Elson the cold shoulder. Elson believed that support for Israel was antithetical to American interests in the Middle East. He was not interested in any concrete efforts toward reconciliation between Jews and Christians that went beyond prayer, which he described as the best “way of reconciliation” and “tool for peace.”

In stark contrast to mainline Protestants like Elson, evangelicals such as Billy Graham were deeply interested in pursuing reconciliation between Jews and Christians. In Covenant Brothers, an excellent new study of the relationship between evangelicals and Israel since 1948, historian Daniel Hummel argues that evangelicals broadly and consistently sought reconciliation with the Jewish people through support of the newly established nation of Israel. In fact, postwar evangelicalism fostered a political and social program crafted to bring American Jews, the Israeli state, and evangelicals into what Hummel calls a “covenantal partnership.”