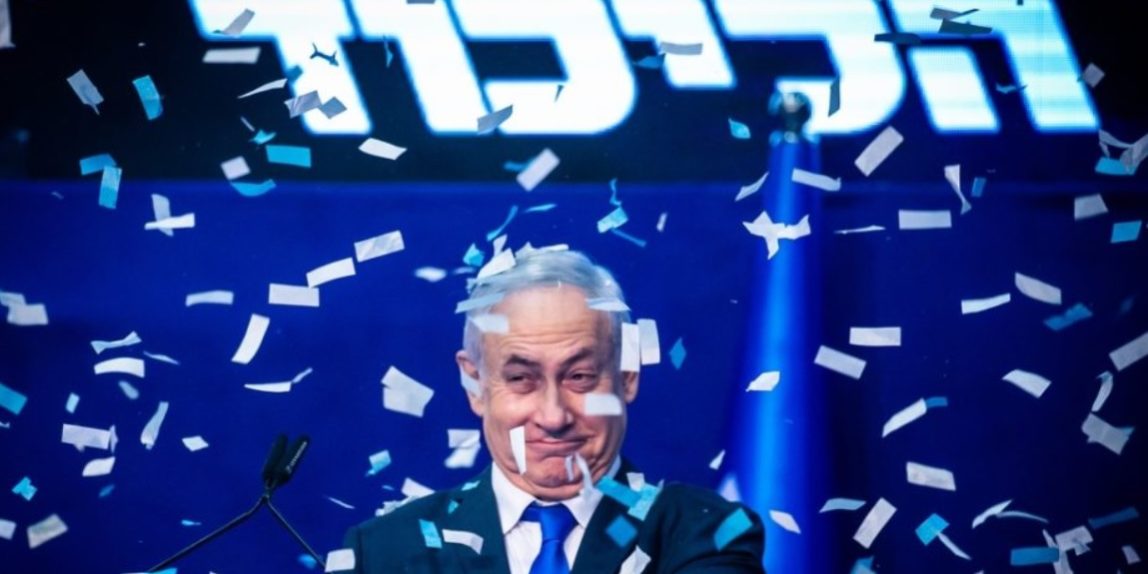 As it stands now, the Likud party with Netanyahu as its leader went from 32 seats in the last election to at least 36 seats following yesterday’s vote. This is a remarkable achievement for Netanyahu, considering all the forces that were openly working against him.

Talk of his alleged corruption, the media’s bias, the relentless smear campaign by the artistic and intellectual elite, all of that was to no avail. Gaining 4-5 more seats against such odds is an astounding achievement for Netanyahu, and for his party.

Looking at the broader picture, however, with 90% of the vote now counted, it appears that it will remain difficult for Netanyahu for form a right-wing coalition. The overall political blocs remain much as they were: 59 seats for the Right, and 54 for the center-left parties and the Arabs. Dividing the political landscape this way is quite telling, considering that the Joint Arab List, which grew to 15 seats, prides itself on being anti-Zionist and pro-Palestinian, and in the eyes of most Israelis actively supports anti-Israel terrorism.

The anti-Zionist platform of the Joint List, however, wouldn’t deter “Blue and White” from attempting to form a minority government that would depend on the Arabs’ outside support, no doubt at a steep price. And given that Avigdor Liberman has vowed that his Yisrael Beiteinu party will not join a Netanyahu-led government, at least on paper it would seem possible for the center-left-Arab bloc to form the next government.

But this picture changes dramatically if the Joint List, which is neither Left nor Right, is taken out of the equation. In that case, the center-left is shown to have received a severe blow, with only 39 seats. Particularly weakened was the left-wing Labor-Meretz-Gesher alliance, which won just 7 seats. What that means is that without the merger with the other left-wing parties, the once-mighty Labor Party probably wouldn’t’ have passed the electoral threshold.

The collapse of the left-wing parties begs the question to where have the voters migrated? No doubt many migrated to the more centrist “Blue and White.” But, the swelling of the Joint List to 15 seats shows without a doubt that between 3 to 5 seats of its seats can be credited to the former voters of either Labor or Meretz. Continue Reading….