A clear win: Israel has decided 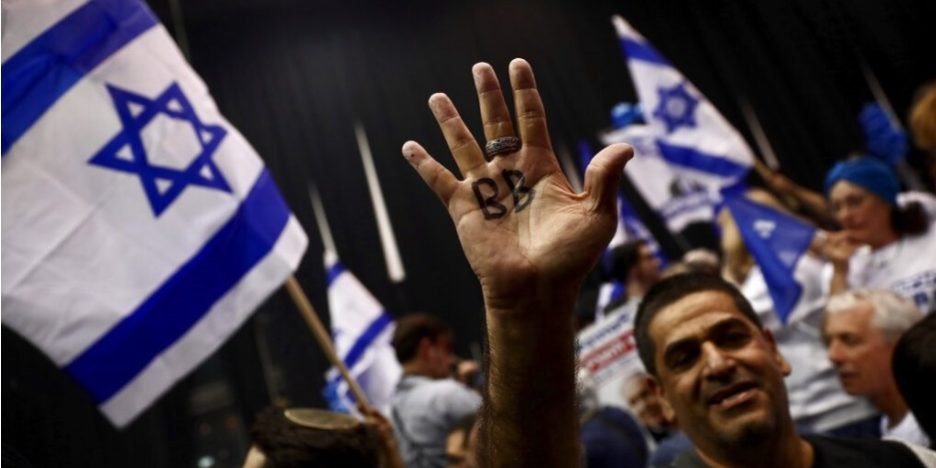 Based on the early results, which point to Benjamin Netanyahu as the big winner in these elections, statements saying he cannot serve as prime minister are no longer legitimate.

Despite a campaign that went on for over a year and three rounds of voting, during which the prime minister’s legal situation went from bad to worse, and during which the main opposition party voiced the single message that Netanyahu cannot be prime minister because of public norms that they invented for this scenario, the public voted the way it voted, and no message can be clearer. The law says that Netanyahu can serve as prime minister while he is on trial, and on Monday, the public gave him a mandate to do so.

This is an almost unprecedented personal coup – a comeback the like of which Israeli politics has never seen. Remember, this isn’t some shiny new candidate who managed to attract a large following, but the longest-serving prime minister in Israeli history who has reinvented himself.

But Netanyahu’s victory is also a victory for identity, for those who refused to follow the media, academia, the signers of petitions, and above all, a legal system that did everything it could to bring about the opposite result of what took place on Monday evening. Many voted as a form of protest against the enlistment of the entire system – in the past few months, former State Attorney Shai Nitzan, Attorney General Avichai Mendelblit, Liat Ben Ari, and their friends threw off any restraint or shame and started using the system entrusted to them to make their own political vision a reality, ignoring the cries from a camp that wants justice no less than the other side. On Monday, these cries and that pain turned into a rain of ballots cast for the Likud and the other right-wing parties, and the rest is history.

The size of the prime minister’s victory translated into an equally massive failure for Benny Gantz and Blue and White. When the exit polls were announced, the main opposition party cried about losing their lead, but the root of their embarrassment anti-Netanyahu movement to heights no opposition leader in the past had ever known – not Tzipi Livni, not Isaac Herzog, not Avi Gabbay. In effect, Gantz was mere steps from the Prime Minister’s office. But he decided to give it up. If he had accepted the rotation deal Netanyahu offered him, he’d be in the Prime Minister’s Office a month from now. But Gantz couldn’t stand up to the pressure his comrades were putting on him, and he gave up. Even then, while it was all unfolding, it was clear this was a moment that wouldn’t return. Continue Reading…..