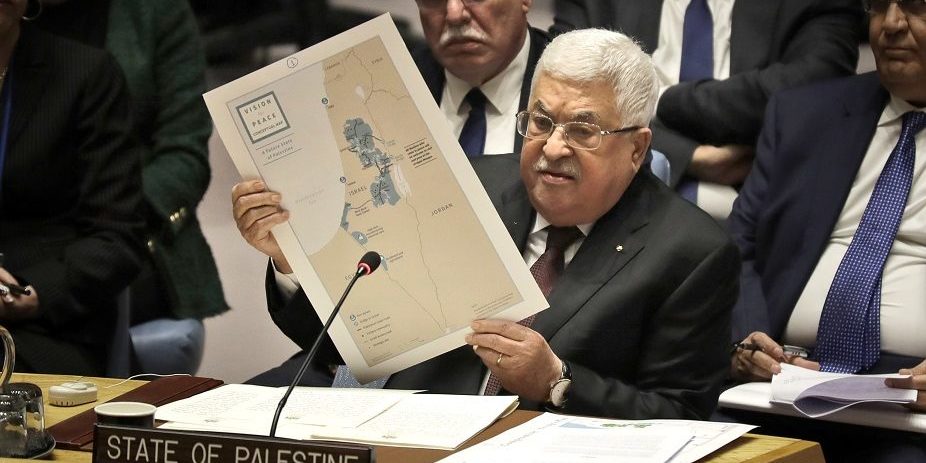 The Palestinian Authority, after rejecting US President Donald Trump’s recently unveiled plan for Mideast peace, “Peace to Prosperity,” as a “conspiracy” against Palestinians, is now trying to persuade the Israeli public that it is “still” interested in achieving peace with Israel.

Earlier this month, PA President Mahmoud Abbas announced that he would cut all ties with Israel and the US, including security coordination, to protest the Trump plan, which he denounced as the “slap of the century.”

“We are informing you,” Abbas told Arab foreign ministers during an emergency meeting in Cairo, “that there will be no relations with Israel and the US, including on security cooperation.”

Abbas has been making similar threats for the past three years — probably the reason Palestinians have long stopped taking his threats seriously.
Even journalists covering Palestinian affairs have ridiculed Abbas’s repeated empty threats. “The last time Abbas ‘cut security ties’ with Israel in 2017,” AFP reporter Joe Dyke tweeted, “the head of the Palestinian police later said that they had maintained 95 percent of their coordination, just didn’t do it publicly.”
Notwithstanding Abbas’s threats, on February 16, Abbas’s spokesman, Nabil Abu Rudaineh, told Israeli journalists in Ramallah that security coordination with Israel would continue. He warned, however, that the security coordination between the Palestinians and Israel “would not continue forever.”

He then went further, assuring the Israeli journalists that the PA “was prepared to sign a peace agreement within two weeks if the Israeli government agreed to the establishment of a Palestinian state with East Jerusalem as its capital.”

These remarks were, of course, intended only for the Israeli public: they stand in sharp contrast to statements made by Abbas and senior PA officials — including Abu Rudaineh himself — that the Israeli government and its Prime Minister are not partners for peace. “Netanyahu,” PA Prime Minister Mohammed Shtayyeh said bluntly in July 2019, “is not a partner for peace.”

Abbas and his officials have managed thoroughly to confuse Palestinians. In Arabic, they are telling their people that they have decided to cut all ties with Israel and the US. In English, Abbas’s spokesman is telling Israeli journalists that security coordination with Israel is ongoing. In Arabic, Palestinian leaders are telling their people how awful the Netanyahu government is and that it is “responsible for sabotaging the peace process.”

As if those lies were not enough, the same PA leaders who are now telling the Israeli public how eager they are to make peace have encouraged Palestinians to take to the streets to burn Israeli and US flags, as well as photos of Trump and Netanyahu, to combat the plan.

In the past few days, the PA also allowed thousands of members of Hizb-ut-Tahrir (“Party of Liberation”), a pan-Islamist organization that describes its ideology as Islam and its stated aim as the re-establishment of the Islamic Caliphate, to stage mass demonstrations in the West Bank against Israel and the US. Hizb-ut-Tahrir, needless to say, does not recognize Israel’s right to exist.

At one of the demonstrations in the West Bank city of Hebron, Hizb-ut-Tahrir supporters chanted slogans calling on Muslim armies to “liberate all Palestine, from the Mediterranean Sea to the Jordan River” — meaning every inch of Israel.

I hope the Palestinian people will see the myopia of their present leaders and “Arab Spring” into action quietly but with good purpose. Continue Reading….