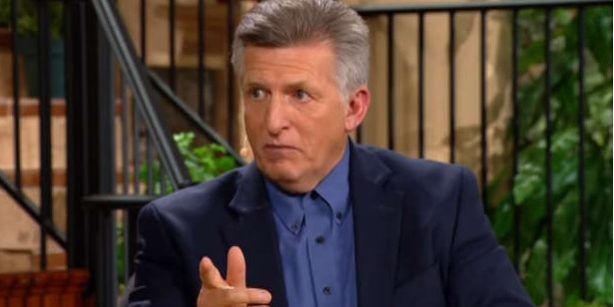 By Barry Shaw, Arutz 7—
Anti-Semitism takes varied forms. One of the under-reported forms of Jew hatred is that perpetrated by Replacement Theologians.
Jews have been persecuted down the ages by Christians who express the view that God has replaced the Jews as His Chosen People for not adopting Christ as our savior.
To this end, Jews have been tortured, banishe and, burnt at the stake by Christians who have used religion as an expression of their Jew hatred.
This continues to this day.
One example is Rick Wiles, who has wrongly been described as a Far-Right anti-Semitic Conspiracy Theorist. He is not. He is a Replacement Theologian.
Wiles ridiculously accused Jews of being behind the vote-counting disaster at the Democratic caucus in Iowa.

He accused Israel as being “the people who crucified Christ.”

He accused Israel of funding the first openly homosexual presidential candidate, despite this candidate having a jaundiced view about Israel. In his rantings,
Wiles accused Israel as being a “foreign power that is anti-Christ,” and, to rub in his anti-Semitism, he accused Israel of operating “a Jewish coup” in America.

These are the ravings of a replacement theologian. We have seen this played out in Bethlehem where replacement theologians cohort with the very people who have driven out Christians from a once-Christian town, by foolishly labeling Jesus as “a Palestinian messenger,” in a place where Palestinian Arab hoodlums and terrorists have persecuted once prosperous Bethlehem Christians.
The Christians had a peaceful life when the town was under Israeli governance, but Arab persecution is causing them to flee for their lives, and most have already done so..
Replacement Theologians (RTs) hate Jews, just as radical Islamists hate Jews. This is how and why they come together in a Cross and Sword coalition against the Jews.
They both do so because we Jews honor a different God.
Occasionally, when I speak to Christian groups, usually those who are passionate supporters of Israel based on their interpretation of the Bible, we discuss the challenges posed by Replacement Theologians.
I tell them to consider this Jewish perspective on how to counter the narrative of misguided RTs.
We Jews do not believe in a God who changes His mind. For, if we did, I can see, when I look across the Middle East and Africa where Christians are being slaughtered and churches are being destroyed by radical Islamists, and in Europe where Christians have drifted into secularism, their churches closed and in many cases turned into mosques, that the RT god has changed his mind again and has deserted Christianity in favor of Islam. Continue Reading….