The Oslo blood libel is over 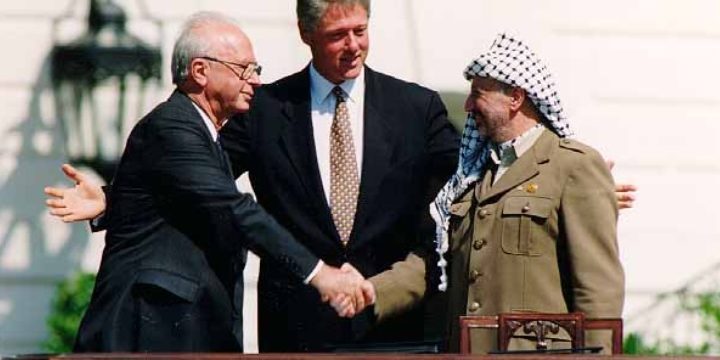 From 1994 through 1996, as a captain in the IDF, I served as a member of Israel’s negotiating team with the PLO. Those years were the heyday of the so-called peace process. As the coordinator of negotiations on civil affairs for the Coordinator of Government Activities in Judea, Samaria and Gaza, I participated in all of the negotiating sessions with the Palestinians that led to a half a dozen or so of agreements, including the Interim or Oslo B agreement from September 28, 1995, which transferred civil and military authorities in Judea and Samaria to the PLO.

Throughout the period of my work, I never found any reason to believe the peace process I was a part of would lead to peace. The same Palestinian leaders who joked with us in fancy meeting rooms in Cairo and Taba breached every commitment they made to Israel the minute the sessions ended.

Beginning with the PLO’s failure to amend its covenant that called for Israel’s destruction in nearly every paragraph; through their refusal to abide by the limits they had accepted on the number of weapons and security forces they were permitted to field in the areas under their security control; their continuous breaches of zoning and building laws and regulations; to their constant Nazi-like anti-Semitic propaganda and incitement and solicitation of terrorism against Israel – it was self-evident they were negotiating in bad faith. They didn’t want peace with Israel. They were using the peace process to literally take Israel apart piece by piece.

Israel’s leaders shrugged it off. Instead of protesting and cutting off contact until Yasser Arafat and his henchmen ended their perfidious behavior, Israel’s leaders ignored what was happening before their faces. And in a way, they had no option of doing anything else.

When Israel embarked on the Oslo peace process it accepted Oslo’s foundational assumption that Israel is to blame for the Palestinian war against it. From the first Oslo agreement, signed on the White House lawn on September 13, 1993, through all its derivative deals, Israel was required to carry out “confidence-building measures,” to prove its good faith and peaceful intentions to Arafat and his deputies.

On Tuesday, this state of affairs ended.

On Sunday morning, just before he flew to Washington, US Ambassador David Friedman briefed me on the details of President Donald Trump’s peace plan at his home in Herzliya. Continue Reading….