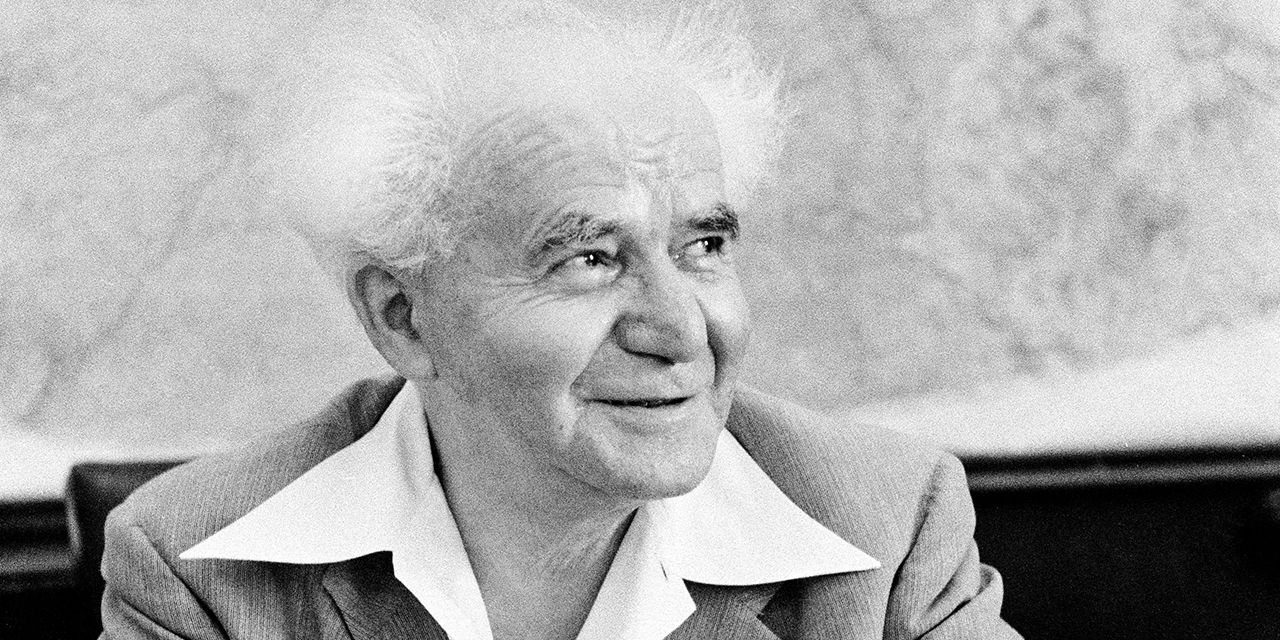 Irrespective of the ambiguities and the “open to negotiation” provisions of President Trump’s “Deal of the Century,” Israel clearly stands at an historic juncture very similar to the Ben Gurion period. At the time, Israel’s political leadership had to either accept or reject the United Nations partition plan and decide what to make of this one-time historical opportunity. Undeniably, the “Deal of the Century,” represents an acknowledgment of Zionism’s historical triumph and that the State of Israel is indeed the embodiment of both the ancestral and modern day homeland of the Jewish nation. The “Deal” clearly recognizes Jerusalem as the undivided Capital of Israel, the Jordan Valley as the Eastern border of the State of Israel, and most importantly, demands of the Palestinian Authority to recognize the State of Israel as the homeland of Jewish nation. The “Deal” also recognizes the changes that have transpired over the past half a century and allows for the declaration of sovereignty over Jewish communities located in the disputed territories of Judea and Samaria (West Bank).

Israel’s Prime Minister Netanyahu has wisely refrained from joining many of Israel’s right-wing leaders who have rejected outright the “Deal of the Century” and refuse to even consider a partitioning of the land that will also enable recognition of the declaration of Israeli sovereignty in Judea and Samaria. The strategic benefits of the “Deal” seem to evade their acknowledgment that the “Deal” offers Israel a one-time and historic opportunity that should not be dismissed outright. Ben Gurion had to deal with the same kind of mindset during the formative and history making period just prior to the establishment of the State of Israel in 1948. The decisions made by Ben Gurion can and should provide important lessons for the dilemma’s facing Israel today as a result of the “Deal”. For Ben Gurion, his willingness to consider trading territory for political sovereignty is a the heart of why today’s right wing political leaders and Rabbi’s from the settlement movement refuse to consider this pragmatic approach. Jewish and Israeli attitudes toward territory reflect a dialectic dynamic that create two separate yet competing political movements. On one side you have the biblical, redemptive, and collective Jewish historical identity versus the more pragmatic, security sensitive, and economically viable importance on the other side. Ben Gurion belonged to the latter group, and from a historical perspective, despite his decision to relinquish important tracts of territory, his decision has been vindicated historically and Israel ended up over the years with a substantially greater sovereign territory mass that could even be imagined or contemplated by the rejectionist political leaders of the Yeshuv at the time.

Ben Gurion knew then what Benjamin Netanyahu knows today, and that’s the inability of the Palestinian Arabs to free themselves from the shackles of Jew hatred and inability to come to terms with the existence of a Jewish state. The manner in which the Palestinian leadership rejected then any and every possibility of comprise is identical to the Palestinian leadership of today. Then they rejected the Partition Plan, and today they reject the “Deal of the Century.” In the Palestinian perspective, the Jews have no right to anything, not a single square meter of land, not an iota of sovereignty, and no historical or religious claim or connection to the land. This rejectionist world view and refusal to come to terms with the success of the Zionist movement and the Jewish State causes them to make political decisions time and time again that create then and now what they call the “catastrophe,” or the “Nakba.” Their evasion of responsibility to compromise explains why the Palestinians, have never been able to move ahead with their aspirations to establish an independent Palestinian State. Always responding with a Pavlovian reflex, the Palestinian Arabs have always consistently missed the pole goal blaming Israel for their stupor of wishful thinking and believing in their own “fake” propaganda.

Unsurprisingly and immediately after the announcement of the “Deal of the Century,” the long awaited American plan to move Israel and the Palestinian Authority towards compromise, and re-kindle the long dormant negotiations fell on deaf Palestinian ears whereby the leader of the Palestinian Authority Abu Mazen, responded with a complete rejection of any possibility of the Palestinians participating in negotiations with Israel. Abu Mazen was absolutely adamant in his refusal to recognize the changes that have transpired over the past quarter of a century since the signing of the Oslo Agreements in the Middle East and repeated the same old and irrelevant political rejectionist mantras such as Palestinian statehood in all of the West Bank/Judea and Samaria, the Palestinian capital in Jerusalem, and the right of 5 Million Palestinians to flood into and live in Israel. Abu Mazen stated that the “Deal of the Century” is nothing more than an attempt to bribe the Palestinians into giving up self-determination, an outright lie and misrepresentation of the “Deal” that clearly empowers the Palestinians to establish an independent Palestinian State.

With the Palestinian Arabs placing themselves again at the mercy of history by rejecting the “Deal of the Century” from its’ onset; it is imperative for the collective Israeli political leadership who support Benjamin Netanyahu to adopt the pragmatic understanding of David Ben Gurion and accept partition as a first step towards redeeming Israel’s Biblical heartland and not a betrayal of the Jewish peoples birth right and of God’s promise. The “Deal of the Century” is not the end of the great Zionist dream but rather a continuation of a process which began in 1948, taking a big leap in 1967 and leading to our current reality with the Jewish population in Judea and Samaria rapidly approaching one million residents. Now is the time for all of us to be like David Ben Gurion, pragmatic.

Ron grew up in the South Bronx of New York, making Aliyah in 1980. Served for 25 years in the IDF as a Mental Health Field Officer in operational units. Prior to retiring was Commander of the Central Psychiatric Clinic for Reserve Solders at Tel-Hashomer. Since retiring has been involved in strategic consultancy to NGO’s and communities in the Gaza Envelope on resiliency projects to assist first responders and communities. Ron has written numerous articles for outlets in Israel and abroad focusing on Israel and the Jewish world.