When Being Jewish Means Being Afraid 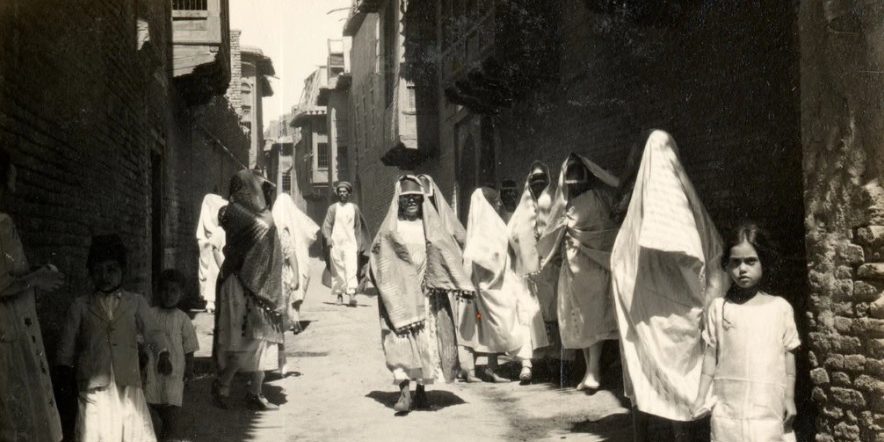 Growing up, my brothers and I often teased my mom for having what we thought was an irrational fear of being identified as a Jew.

She painted over the Star of David on a duffle bag because when we were traveling, she didn’t want people “to know.” She warned my dad not to drive fast to my aunt’s house on Yom Kippur because she thought more speed traps were set during the Jewish holidays.

If we said a word like “Shabbat” in a department store, she seemed to hear it from aisles away. We were not to say Jewish things too loudly in public, she taught us. Better to be safe.

These things did not make sense to us, three brothers extraordinarily lucky to have grown up in a New York suburb where safety was hardly a worry at all, where any kind of violent crime — let alone violence against Jews — was so rare it was almost unfathomable. But my mother had her own reasons, and they were valid, for she grew up not in the United States but in Baghdad — watching, through the wide and curious eyes of a 6-year-old in the early 1970s, as 2,000 years of peaceful Jewish life there came crashing down around her.

She doesn’t like to talk about Iraq much, but my grandmother Fortunée and my aunt Cynthia do. Some of the most memorable moments of my childhood were spent in Long Island living rooms, sitting beside them as they told me, in a spellbinding mix of English and Arabic, stories of life in a country that ultimately rejected them after such a long and rich history of coexistence.

They shared tales of my great-great-great-grandfather, a trader who famously owned a caravan of more than 1,000 camels and traveled the Silk Road from Baghdad to Aleppo and Isfahan and beyond; of my great-grandfather, who built Iraq’s first cinema and movie studio; of the family house, with courtyard gardens so luscious they attracted wedding parties from all over the city.

In the summertime the children flew kites and slept peacefully on the cool roof. Jews were jurists and government officials; one was even the first minister of finance. They lived side-by-side with Christians and Muslims; they were business partners, neighbors, close friends who supported one another. Continue Reading….