Immigration: Is the ‘melting pot’ separating? 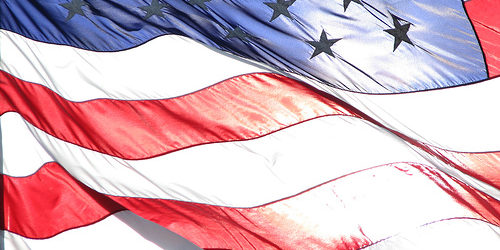 Many reading this article will recall being taught to understand America as a “melting pot” – a blending of cultures, faiths, hopes and aspirations which, when fully combined, resulted in a delicious American pie where the sum total was more desirable than its individual parts. This was during a time when America was proudly defined as a “Christian” nation. However, faith is no longer a key component of America’s identity.
So, what does it mean to be American? What defines America’s national soul? It may be possible to form an answer by asking another question, “What does it mean to be Israeli?”

Since the beginning of time, Israel has had to fight just to exist. Many times throughout history the Jews were pushed to the precipice and on the brink of extinction. In 70 CE, the armies of Rome destroyed the Temple of Jerusalem, seized the city and captured the entire nation. A small band of Jewish revolutionaries fled to Masada where they took their last stand. Other Jews were left to wander the earth settling in foreign lands and among foreign people.
So, how did they manage to stay identifiably connected when separated geographically from their fellow kinsmen? It’s because they retained, naturally or supernaturally, a common thread – their Jewish faith with its rituals and traditions, and therefore, their Jewish heritage and identity.

In 1948, Israel was reborn as a nation. Prior to and ever since, the Jews have been returning to their homeland in droves from every corner of the Earth. Today, Israel is fighting hard for her right to exist as a Jewish state. Those Jews making aliyah (immigrating) to Israel are from France, Germany, Ethiopia, Spain, Nigeria, Australia, Uganda, China, Japan, the Americas, Russia and just about every other place on the planet.

Yes, they are bringing with them their various cultural identities, but they are embracing and strengthening that which unites them as a nation – their Jewish faith and heritage. They are also learning and adopting their ancient Hebrew language, unifying the melting pot into a proud nationalism that America once had.

Ironically, the concept of America being a “melting pot” was created back in 1909 by a British Jew who wrote a play about a fictional Russian-Jewish immigrant intent on moving to the United States after his family died violently in an antisemitic riot in Russia. It dramatized how people around the world were aspiring to come to America because it was a place that offered promise, possibility and prosperity. It was a place where diverse cultures blended in a joyful symphony forming a public national identity called “American.” But, what does this mean today?

AT THE TURN of the 20th century, the answer would have been similar to defining what it means to be Israeli today. Americans were a people who culturally identified as believing in God, the God of Abraham, Isaac and Jacob, and who viewed the practice of Christianity as the hub of the wheel and the foundation for all nationalistic principles. After all, America’s first immigrants arrived on her shores seeking a place of refuge from religious persecution.

But in today’s world definitions are becoming blurred. America’s growing population is viewed in terms of multiculturalism devoid of any common-core identity. People from a great number of ethnic and religious backgrounds have set up shop in the United States. The common thread which once held us together as a nation and formed the foundation upon which “united we stand,” are being stretched to the brink and are unraveling. We’ve diluted or deleted our core values in favor of “y’all come” (a southern phrase meaning “everyone welcome”). Indeed, in the intense presidential run in 2016, much voter consideration was given for a Democratic new globalism versus Republican proud nationalism.

America is plagued by great divisions among her people and leaders. Immigration is a very important issue requiring vision, foresight, maturity and agreement in order to formulate a solution. Yes, we welcome “the tired, the poor and the huddled masses yearning to be free,” but we must have clear guidelines and safeguards.

Not everyone who comes to America has good intentions. There are those who disdain our Western culture and reject our traditional values. For instance, to whom do those immigrating pledge their allegiance? For Muslims, their first allegiance is to Allah. Does this mean there should be a tilt toward Sharia (Islamic) law in America to accommodate Islam? Should we do the same for other peoples such as pagans and those associated with occult religions?

Will we be undermined from within much like the story of the Trojan horse? It is for this very reason that Israel will not compromise on her right to exist as a Jewish state nor give an inch on the Palestinian demand for the fictitious “right of return.” They know the dangers inherent in “y’all come.”

“We the people” of America must agree on what it means to be American so that we will understand what we would be fighting for and against if our country and Americanism were to be challenged. There are already a few Trojan ponies feeding in US government stables. When election time rolls around, cast your vote as though America’s very existence depended on it, because it does. United we stand but divided we fall.