Don’t Confuse Me With Facts. It’s Always About the “Occupation” 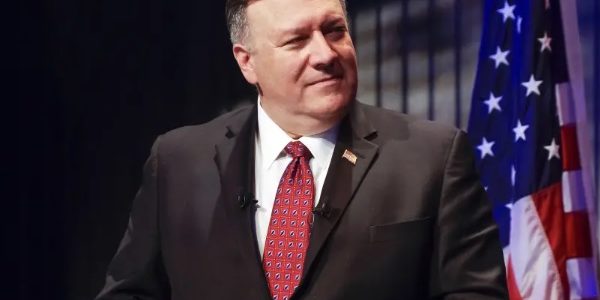 Like clockwork, Secretary of State Mike Pompeo’s recent observation that “the establishment of Israeli civilian settlements in the West Bank is not, per se, inconsistent with international law” was immediately denounced by the Jewish Left.

The head of the Reform movement in North America, Rabbi Rick Jacobs, said the US government’s new position on Israeli settlements will undercut the fight against BDS and the delegitimization of Israel in the US, specifically on college campuses.

It is not clear when Rabbi Jacobs was last on a campus, but the debate on North American college campuses is not about the so-called “occupation” but about whether Israel has a right to exist, period. Pro-BDS groups, including “Jewish” ones, are talking about the illegitimacy of the 1949 armistice lines, not those of 1967.

Moreover, a recent survey conducted by Ron Hassner at the University of California, Berkeley shows that most students who care strongly about the “Israeli occupation of Palestinian territories” do not have knowledge of even basic facts on the subject.

Jacobs’s lack of understanding speaks to the divergent lexicon of the conflict, and more pointedly to the growing split between American Jews and Israelis. In many “progressive” circles there is little to no understanding of what areas are even in dispute; witness the continued claims that Gaza is “occupied” by Israel. For the BDS movement, everything Israeli, including Haifa and Tel Aviv, is a “settlement” and hence “illegal.”

Far more than American policy, it is the language of “occupation” that plays a key role in what has become the religion of the Israeli-Palestinian conflict. The main feature of that religion is the Palestinian claim that their (alleged) territories are “occupied” by Israel, regardless of where they are located on the map, much less in any legal sense under international law. The mantra of “occupation,” and the demand that Israel be shunned until the “occupation” is ended—meaning the time when Israel is dissolved by the implementation of the Palestinian “right of return”—is the key demand of the Palestinians and the BDS movement. Continue Reading….

Red Alert: Can Anyone Explain Israeli Politics (and how it relates to global antisemitism and anti-Zionism)?
November 9, 2022
Israel Is Not an Apartheid State
June 9, 2022
Settler leader urges PM to put State Department ‘in its place’
October 27, 2021
Red Alert: What’s the Big Meltdown Over Ice Cream?
July 27, 2021
Video: The Modern Resurgence of Anti-Semitism
July 14, 2021
Israeli apartheid: The lie that refuses to die
June 23, 2021