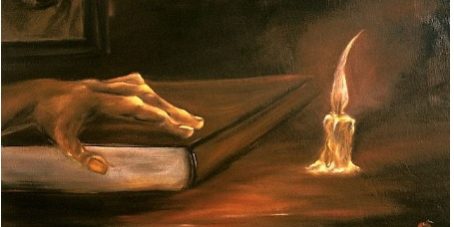 I always thought that it is impossible to explain our life to anyone who did not live through it. When I wrote my books on Soviet realities, taught the contemporary Soviet history in several Western universities, authored numerous columns and articles on what we lived through, was given hundreds of interviews to all possible media in so many countries around the world, and was addressing various international forums, I have had a pretty clear understanding that there is a barrier in perception by my Western readers, students and audiences which would allow them to comprehend only rational part of the narrative I was conveying to them. Without feeling it, without emotional component, their understanding would be rather registering. And no wonder.

Later on, when lecturing or leading seminars, I have had an odd feeling , as if hearing myself from aside, and hardly believing my own ears. Seeing rounded eyes of my students, I felt: “What she is talking about? Can this be true?” It was, for hundreds of million. Some of them had become a part of my life, and I do remember them always.

Rada and her family were ordinary Soviet engineers in Ukraine, intelligent, kind, and hard working. Everybody liked them in our neighbourhood. And they were always polite, smiling and open towards everyone around. This cloudless landscape was changed in a blink of an eye one day in the early 1970s when this nice family had become pariahs overnight.

Nobody was greeting them any longer, nobody spoke to them. With Rada, her husband and children appearing in our large neighbourhood, everybody stopped to talk, and they had to cross the yard in a lead-like heavy silence under hostile looks. Rada and her husband kept hands of their young children in their hands tightly and they were almost running both ways, from the house-block where their apartment was towards the end of huge courtyard, or in the opposite direction. Rada’s family were refuseniks. They did dare to apply to the Soviet authorities to leave our communist motherland for Israel. With this, they became enemies by default.

I was sixteen at the time. Not in my wildest dreams I could think that because of people’s wish to leave in the place of their choice I should stop to know them. It was not any protest or demonstration from my side. It felt just natural. The same as I could not imagine why on earth should I insult my father with agreeing to hypothetically arranged changing of my nationally which has to be written in the Soviet passport, from Jewish to anything else. I refused to give in on that, and the discussion of the matter in our family was ultra-short and it happened just once. I am the daughter of Isaac, I love my father, and I regarded the idea of changing the nationality in my passport as ridiculous nonsense. No way. Continue Reading….

Fine Arts: Creations Episodes In Pictures With Highlights
September 28, 2022
A Hard Left Turn Against Israel in the U.S. Congress
June 3, 2022
Red Alert: Part 1, Interview with Dara Horn. What do we have to gain from perspective?
November 24, 2021