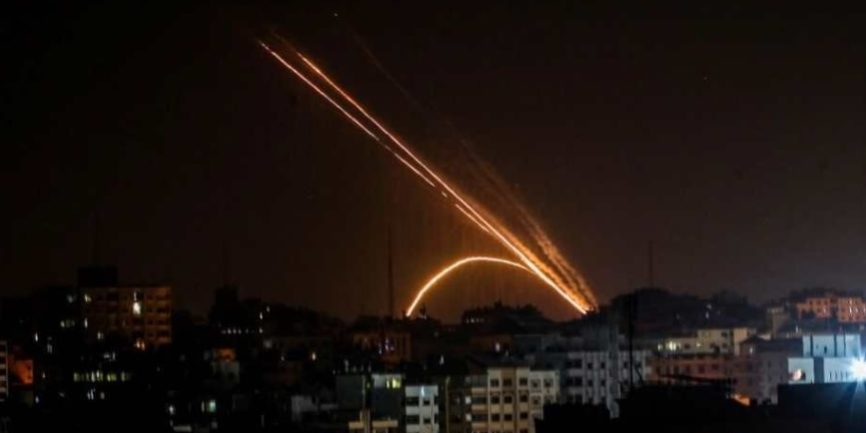 As a kid growing up on the Grand Concourse in the Bronx, snow days were special events that we waited for all winter long. As kids we would rejoice, while our parents would be stuck at home worrying about not being able to get to work for a day or two. For the past 2 days, rocket and missile attacks from the Gaza Strip have resumed with over 250 rocket attacks on the State of Israel by the Islamic Jihad, an Islamic Palestinian terror organization funded and directed by Iran.

With over 90% of the rockets and missiles fired against Israel being intercepted in midair by Israel’s multi-level anti-missile air defense systems with the rest landing in open fields, Islamic Jihad has little to show for their lethal intentions by releasing over 250 rockets and missiles against the cities and villages of Israel.

For most Israeli’s, the past two days have been nothing more than snow day type festivals with children and parents being confined to their homes or the homes of their neighbors and enjoying a break from their school and work routine. Only this morning I heard on the 8 o’clock news show that the most horrendous reaction that they could report on was that in the whole City of Tel-Aviv you couldn’t find a good Falafel stand open in the evening due to the “situation”, or to report and help the young couple whose wedding hall was temporarily closed. With no civilians killed or wounded worth reporting, the security situation has been treated as nothing more than a “snow day” event. To be honest, a reporter in a national paper did report that he found a McDonalds open on the road to Jerusalem and that he found himself relaxing with a BigMac beneath the Golden Arches.

Is this a new kind of war that Israel has perfected? Nothing more than “snow day” security events that can be tolerated by the Israeli public so as not to rattle and shake the fragile strategic situation against Iran that is always in the background waiting to be unleased?. Have Israeli’s become so strong and resilient that they can withstand the repetitive effects of what would otherwise be considered every else in the Western world as a war? Has the Israeli public started to accept the missile and rocket threat by Palestinian terror organizations as a “force de jour” and simply live with it as we do with road accidents, or as with lightening?

The punch line is what Israel’s left/progressive political parties and their media cronies whether broadcasted or through the internet have refused to admit, refused to acknowledge. Israel’s political landscape has been for the past 25 years divided between the political parties who represent the leftist/progressive “peace camp” who brought upon us the two strategic colossal blunders that have created the current “snow day” mentality and the opponents of the “peace camp” mentality, the center-right party the Likud, and other right-wing political parties. The political parties of the left, those who have represented the so-called peace camp gave us unapologetically and with zero remorse, the Oslo Agreement of 1993 and the Disengagement from the Gaza Strip in 2005.

I would like to remind us all that during the mid-90’s and up to the year 2003, in which suicide bombers were executing terror attacks at times at a rate of two per day, every effort was made to enable the public to continue functioning and maintain a “normal routine”. Municipalities became disaster site clean-up experts, within hours after a terror attack clean-up crews would erase any indication of what transpired only hours earlier. The Israeli public was encouraged to get up the following morning and go to work, under the banner of “we must continue on” or “we can’t let the terror win” and so forth. For a number of years this situation continued, leading to over 1000 Israeli deaths. Israelis were encouraged to adopt a pathological resiliency capability leading to a “snow day” mindset that did nothing more than enable and encourage today’s political inheritors of the “peace camp” to be seemingly indifferent to the on-going and destructive suffering of whole population groups. Worst of all; it led to a political culture that inhibited true political change that would have been mandated in a similar situation among other Western nations.

Without hesitation, the “peace camp” political parties continued down their slippery rope and gave us the Disengagement of 2005. For those of us who have a short memory, prior to 2005, a missile and rocket threat from the Gaza Strip did not exist and only after the forced transfer of the Gush Katif Jewish communities and the complete withdrawal of the Israel Defense Forces from the Gaza Strip to their current positions, did the Palestinian terror organizations begin to develop their missile and rocket capabilities that have developed ranges that threaten all of the State of Israel.
As we look back on almost two decades of unprecedented rocket terror on Israel, we the citizens of Israel must ask ourselves whether or not we want to continue and pay the price of being complacent and living with “snow day” mindset- of allowing our political leaders to use our national resiliency, our ability to be strong, as an excuse to postpone ending the rocket and missile threat on Israel once and for all. The Israeli public doesn’t have to surrender to missile and rocket terror as a “force de jour” meaning that they have every right and duty to demand that the national political leadership provide peace and tranquility and most important, act.

Ron grew up in the South Bronx of New York, making Aliyah in 1980. Served for 25 years in the IDF as a Mental Health Field Officer in operational units. Prior to retiring was Commander of the Central Psychiatric Clinic for Reserve Solders at Tel-Hashomer. Since retiring has been involved in strategic consultancy to NGO’s and communities in the Gaza Envelope on resiliency projects to assist first responders and communities. Ron has written numerous articles for outlets in Israel and abroad focusing on Israel and the Jewish world.
To contact: medconf@gmail.com Website: www.ronjager.com