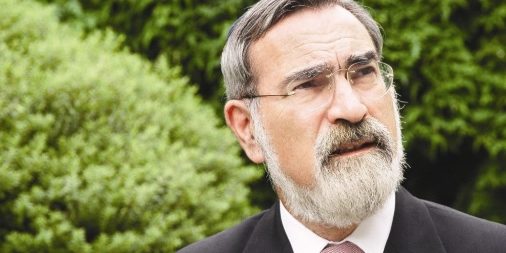 Antisemitism is not about Jews. It is about anti-Semites. It is about people who cannot accept responsibility for their own failures and have instead to blame someone else. Historically, if you were a Christian at the time of the Crusades, or a German after the First World War, and saw that the world hadn’t turned out the way you believed it would, you blamed the Jews. That is what is happening today. And I cannot begin to say how dangerous it is. Not just to Jews but to everyone who values freedom, compassion and humanity.

The appearance of antisemitism in a culture is the first symptom of a disease, the early warning sign of collective breakdown. If Europe allows antisemitism to flourish, that will be the beginning of the end of Europe. And what I want to do in these brief remarks is simply to analyze a phenomenon full of vagueness and ambiguity, because we need precision and understanding to know what antisemitism is, why it happens, why antisemites are convinced that they are not antisemitic.

First let me define antisemitism. Not liking Jews is not antisemitism. We all have people we don’t like. That’s OK; that’s human; it isn’t dangerous. Second, criticizing Israel is not antisemitism. I was recently talking to some schoolchildren and they asked me: is criticizing Israel antisemitism? I said No and I explained the difference. I asked them: Do you believe you have a right to criticize the British government? They all put up their hands. Then I asked, Which of you believes that Britain has no right to exist? No one put up their hands. Now you know the difference, I said, and they all did. Continue Reading….