Was the Corner of God’s Altar Found in Shiloh, West Bank? 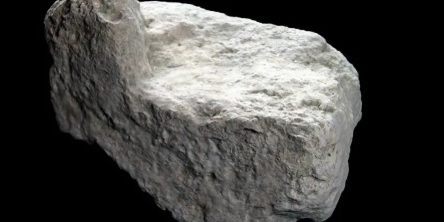 When the news reached Joab, who had conspired with Adonijah though not with Absalom, he fled to the tent of the Lord and took hold of the horns of the altar” (1 Kings 2:28).

This passage in the Bible may have come to life just a few weeks ago for a team of 200 archaeologists and volunteers, who have been excavating in the field of ancient Shiloh. This summer, under the guidance of Dr. Scott Stripling, they made the discovery of a horn, which was one of the four corners of an ancient altar, as described in Kings.

The find, said Stripling, director of excavations at ancient Shiloh and head of the Associates for Biblical Research, is consistent with what he expected to find in the fields of the ancient city where, according to the biblical account, the tabernacle for the Ark of the Covenant once stood.

Stripling is a “biblical archaeologist.” He has been excavating the land of Israel for decades. He directed excavations at Khirbet el-Maqatir from 2013 to 2017, served as a field supervisor of the Tall el-Hammam Excavation Project from 2005 to 2010, and was a supervisor of the Jerusalem Temple Mount Salvage Project, as well.

His Shiloh team is made up of archaeologists and volunteers from 11 universities around the world – an interdisciplinary team of scientists, historians and biblical scholars. In the last three years, they uncovered multiple large pithoi – “famous Israelite collar-rimmed jars” – inside a series of “storage rooms” that they found surround the ancient city.

These jars, more of which were found over the 2019 summer, likely held grains and fruits – tithes in Stripling’s words, brought by the Israelites to the Temple. Continue Reading….