The Silent Bystanders in the War Against the Jews 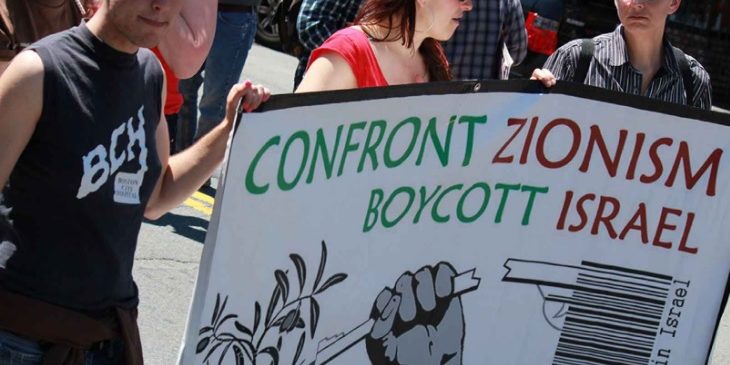 Visibly Jewish civilians are being beaten on the streets in Europe and in North America. It reminds me of what happened in Germany in the mid-30s as documented by Erik Larson in his 2011 “In The Garden of the Beasts: Love, Terror, and an American Family in Hitler’s Berlin.”

In addition, Jewish students and Jewish professors are being driven off campus and out of academic associations, or forced to walk a dangerously unpleasant gauntlet of campus anti-Israel/pro-Palestine demonstrations (Israel Apartheid Week), and BDS resolutions in favor of boycotting one country only (Israel).

In 2003, when I published “The New Anti-Semitism,” I received many letters from Jewish professors who were already struggling with being penalized and ostracized for their pro-Israel fact-based views. Free speech was awarded to those with anti-Israel views, not to those who dared defend the Jewish state. With their permission, I turned these letters over to the Education editor at the New York Times who was very interested in doing a story about this. Unfortunately, unsurprisingly, she was “stopped at the highest levels.” This same editor was also not allowed to review my own book. Since then, I have exhausted myself by writing countless articles about how the Western intelligentsia have, once again, betrayed the Jews.

More important, a number of important books began to appear on this subject including The Uncivil University: Intolerance on College Campuses by Aryeh Kaufmann Weinberg, Gary A. Tobin, and Jenna Ferer (2009), Nora Gold’s novel Fields of Exile (2014), and most recently, Anti-Zionism on Campus: The University, Free Speech and BDS edited by Andrew Pessin and Doron S. Ben Atar (2018) and Israel Denial: Anti-Zionism, Anti-Semitism, and the Faculty Campaign Against the Jewish State by Cary Nelson (2019). I have also continued to write about this phenomenon in countless articles and in a new edition of The New Anti-Semitism. Continue Reading….