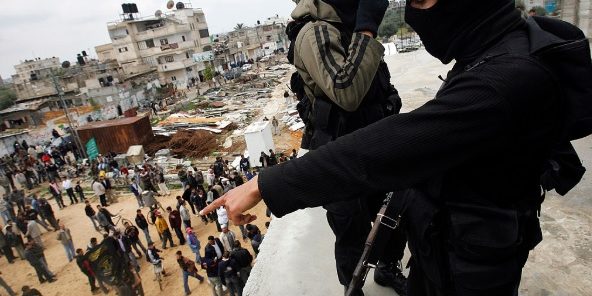 Abu Bakr al-Baghdadi sought to establish a new Islamic “caliphate” across Syria and Iraq, but he might be remembered more as the ruthlessly calculating terrorist leader of the Islamic State group who brought terror to the heart of Europe and set up a short-lived organization so extreme that it was shunned even by al-Qaida.

With a $25 million US bounty on his head, al-Baghdadi steered his chillingly violent and surprisingly disciplined followers into new territory by capitalizing on feelings of Sunni supremacy and disenfranchisement at a time of tumult that followed the Arab Spring.

One of the few senior ISIS commanders still at large after two years of steady battlefield losses, al-Baghdadi died Saturday when he detonated his suicide vest in a tunnel while being pursued by US forces north of Idlib, Syria, killing himself and three of his children, US President Donald Trump announced Sunday. He was believed to be 48.

“He didn’t die a hero, he died a coward, crying, whimpering and screaming,” Trump said at the White House, adding that the US had al-Baghdadi under surveillance for weeks.

Militants under his command were some of the first jihadis to grow up with the internet, and they deftly exploited social media to tout their military successes, document their mass slaughter, beheadings and stonings, and promote the Islamic State to a global audience.

The announcement of his death came nearly two years after Iraq announced the defeat of ISIS and five years after the group humiliated its armed forces and seized nearly a third of the country.

In April, US-backed Kurdish-led forces in Syria declared the group’s territorial defeat after liberating the village of Baghouz in eastern Syria, its last bastion. The Islamic State saw its territory shrink from an area the size of Britain to a speck in the Euphrates River valley. Continue Reading….

Palestinians: The Atrocities No One Talks About
February 6, 2018

Defense minister: Israel will retaliate against any provocation
November 1, 2017