Anglicans Dig Deep into the Jewish Roots of Christianity 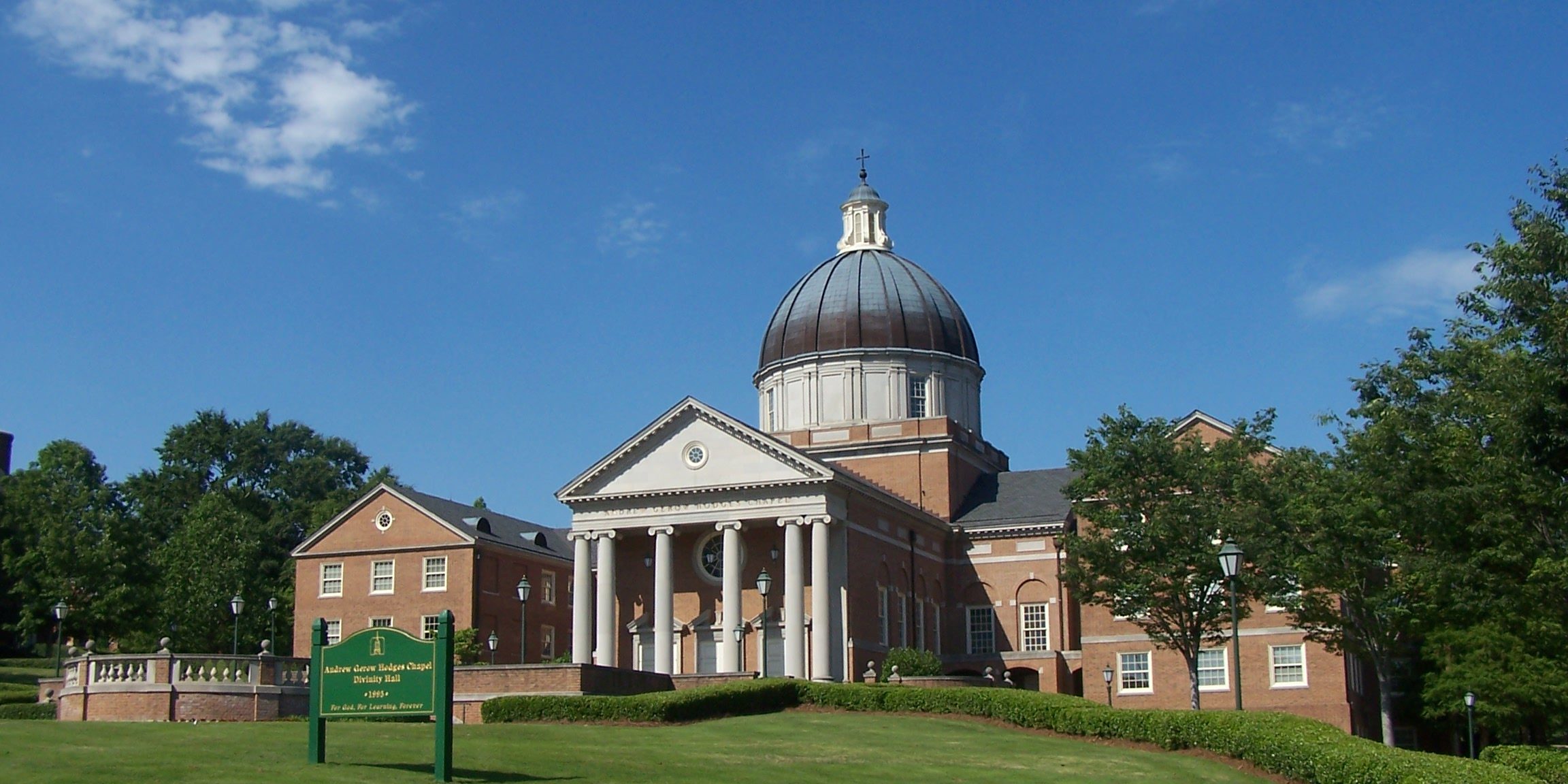 The second annual Anglican Theology Conference on September 24-25 provided a feast of intellectual thought, rich biblical insights, and fellowship among 170 attendees from four nations and eleven states spanning the miles from Colorado to Virginia. Organized by Rev. Dr. Gerald McDermott, the A-list of eleven scholars presented cutting-edge research and explored wide-ranging topics along with opportunities for Question & Answer afterwards. Dr. McDermott is Anglican Professor of Divinity at Beeson Divinity School in Birmingham, Alabama located on the beautiful campus of Samford University.

Academic experts imparted ideas which highlighted the nurturing comity for both the Jewish and Christian communities at a time in history when the strength and value of this relationship is set to widen in the context of rising anti-Semitism. If you wish to view the list of all presenters, here’s a link. Dr. McDermott indicated, “This conference will turn into a book likely published in 2021.” In the meantime, the link will provide ways for you to google the speakers and explore some of their writing. As a fortunate attendee, I hope to whet your intellectual, spiritual appetite for the Jewish roots of our faith by adding a few of their outstanding quotes and ideas here.

Rabbi Dr. Eugene Korn, Center for Jewish-Christian Understanding and Cooperation (CJCUC) in Efrat, Israel exhibited his commitment with a timely personal sacrifice. He flew in from Israel the day before the conference and flew back the day after! Rabbi Dr. Korn is a statesman in the warm relationship between Jews and Christians. This Orthodox Rabbinic Statement on Christianity, “To Do the Will of Our Father in Heaven Toward a Partnership between Jews and Christians” is a stunning example of his influence. Here’s the opening statement: “After nearly two millennia of mutual hostility and alienation, we Orthodox Rabbis

who lead communities, institutions and seminaries in Israel, the United States and Europe recognize the historic opportunity now before us. We seek to do the will of our Father in Heaven by accepting the hand offered to us by our Christian brothers and sisters. Jews and Christians must work together as partners to address the moral challenges of our era.” At the Anglican seminar, Dr. Korn expertly reviewed history from Constantine to the Holocaust. Referring to Esau and Jacob as examples he commented, “A theological duel to the death has existed because of the idea that God had only one blessing.” Rabbi Korn added that just as God had a blessing for both Jacob and Esau, He has blessings for both Christians and Jews.

I’m a history buff and especially resonated with Dr. Sarah Lebhar Hall’s talk. She is an adjunct professor of Hebrew and Hebrew Bible at Gordon Conwell Theological Seminary and currently teaches for Trinity School for Ministry. Dr. Hall personally has a rich heritage of pro-Israel Anglican ancestry. In an engaging way, she walked us back to 19th-century Anglican activity on behalf of the Jewish people, decades before the start of the modern Zionist movement. Great examples included publishing a Bible in Yiddish and founding “Palestine Place” in London which presented a “wildly popular” traveling exhibition of Jewish artifacts and history throughout England and Ireland. Dr. Hall went on to note, “Anglicans were pioneers of modern Israel. We founded the first hospital, a school of agriculture, and the olive wood carving business. We were groundbreakers in philanthropy.” And one of the favorites among Christians today, Anglicans built Christ Church in 1849, the first Protestant church in the Middle East and right inside Jerusalem’s Jaffa Gate. the world’s only Jewish state. Surrounded by those of like-mind and wrapped in worshipful music, we gained refreshment and determination for the years ahead.

In closing, I want to highlight Dr. Gerry McDermott who organized the Anglican Conference. His story about connecting with the Jewish roots of Christianity is an example which I pray will sweep through the Christian community especially amongst those who adhere to unbiblical supersessionism: that the church has replaced the Jews in God’s covenants. Twenty years ago, Dr. McDermott was leading a tour to Israel. At one point, his tour guide Baruch Kvasnica pulled him aside saying, “Dr. McDermott, your teaching is good, but it lacks the Jewish roots of the Christian faith.” From that moment, Dr.

McDermott determined to go on a biblical journey and pursue courses of study to locate the deeper truths. McDermott says he was “astounded by what I did not know” as he discovered that Judaism literally rocked the cradle of Christianity in multiple ways. This week’s Anglican Conference on the Jewish Roots of Christianity is an emblem of his life-changing, personal findings as a scholar.

Dr. McDermott reports that while many—perhaps most–Anglicans in the Anglican Conference North America (ACNA) are pro-Israel, the center of gravity for the Anglican love for Israel is the Global South in Africa. He cites the trickle-down effect- vibrant in ACNA Anglican academia- that is seeping down into churches. He gave the example of a popular book he edited called The New Christian Zionism which has sold 8,000 copies to date saying, “Usually academic books sell only 200-300 copies.” He comments, “We need intelligent theology that recognizes the Jewishness of Jesus and the gospel.” In referring to Christian opinions about sharing their faith, McDermott references the Holocaust and advises, “Christians must be sensitive to Jews, especially those with relatives killed in the Holocaust. Historian Daniel Goldhagen showed that ordinary Germans, many identifying as Christian, volunteered to help Nazis in the camps. They knew what was going on.” Dr. McDermott’s counsel is sobering and worthy of understanding when he observes, “So, when we consider opening a conversation with Jews using the words ‘Jesus’ and ‘Gospel’ they start smelling the gas of Auschwitz.”

Dr. McDermott added that in Romans 11:28, the Torah-observant Jewish apostle Paul referred to the Jews, “…but as far as election is concerned, they are beloved on account of the patriarchs…” Paul was referring to Jews who didn’t believe in Jesus.

McDermott continues, “We must wrestle with this. It’s a mystery. The Jews are still beloved to God. They still have God’s everlasting Covenant. We have to be humbler and more compassionate about how we deal with the Jewish community.” I was struck by what Dr. McDermott said next in reference to a fact of history. “Starting in the fourth century, Jews who wanted to pursue Jesus and the Church were told they had to leave Judaism behind and renounce Torah observance. Most felt they had to choose between Jesus and the God of Israel.”

With many books, scholarly disciplines, and experiences to his credit, Dr. McDermott is a Renaissance man. One of his adventures included a 2010 hike through the Galilee where he engaged Jews, Christians, Palestinians, Arabs, and Druze with the question, “What do you think of Jesus?” He stayed with Arabs and Jews; noting that Arabs often whispered to him, “I love living in Israel.” “Christianity Today” featured his Photo Essay and commentary in April 2010.

Another book he is editing is coming out in summer of 2020, Race and Covenant: A New Approach to our Enduring Conflict (Acton Institute). The book will be packed with essays written by black, white, and Jewish theologians and leaders. McDermott says, “Slavery was a national mortal sin. Jim Crow and segregation sent us into a kind of exile from the land of reconciliation. Our book examines race using the biblical concept of national covenant. Its essays shed light and offer hope in remarkably new ways.”

I came away from the conference full of encouragement and fresh teaching knowing that Anglican leadership and laypeople are providing much hope for the future in reconciliation and repentance. Thanks be to God!

Pro Israel Christian Advocate Arlene Bridges Samuels has held pioneering positions for almost two decades with Israel Always, American Israel Public Affairs Committee, (AIPAC) and International Christian Embassy Jerusalem USA’s project, American Christian Leaders for Israel. Traveling to Israel since 1990, she is now an author at the Times of Israel, contributor to The Christian Broadcast Network and speaker, consultant, and networker. Her articles have appeared in Philos Project, The Institute on Religion and Democracy, Southern Jewish Life, ICEJ’s Word from Jerusalem, Mercy Ships, and Concerned Women for America. She posts her devotionals, The Eclectic Evangelical, on Facebook and is an active member of a small Anglican church. After attending Winthrop University in her home state of South Carolina, Arlene earned her Masters degree at the University of Alabama.