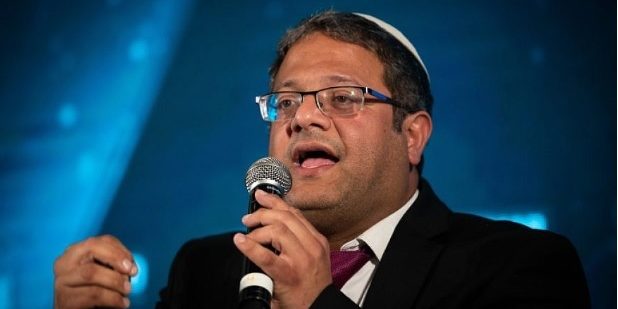 Ever since the far-right Otzma Yehudit (Jewish Power) party, headed by Itamar Ben-Gvir, announced that they are in favor of building the Third Temple, they have been going from strength-to-strength. And although many were skeptical about their chances of passing the minimum threshold needed to sit in the Knesset (Parliament), just about every mainstream poll is showing them reaching the minimum four seats needed.

Polls released by mainstream media outlets such as Kan, Haaretz, Channel 13, Ynet, and Walla news sites all place the pro-3rd Temple party at least four seats. Four seats (or 3.25% of the vote) is the minimum amount needed for a political party to enter the 22nd Knesset. Elections are scheduled to take place on September 17.

But the significance of the recent polls has more far-reaching implications than just entering the Knesset. That’s because the extra four seats that the party can provide is all that’s needed for Netanyahu to secure a right-wing coalition.

That’s because Netanyahu’s Likud party and his rival on the left, Blue and White are about even polling at 32 apiece. To secure a coalition, the Prime minister needs at least 61 seats. Without Otzma Yehudit getting in, the chances of Netanyahu forming a right-wing coalition drop significantly.

Ben-Gvir responded to the party’s recent success in the polls saying: “As a response to all of the press inquiries, Otzma Yehudit will enter the Knesset and ensure right-wing leadership. We will continue with full speed until victory!”